Russia’s Sputnik V COVID vaccine has already been embraced by Hungary (along with dozens of other nations around the world), which opted to approve the jab due to concerns about relying on Brussels – concerns that proved to be prescient, as Europe continues to struggle with its vaccine rollout. 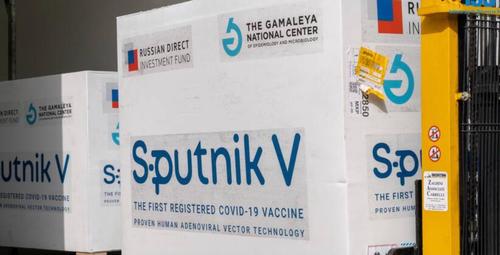 In fact, Russia’s “Sputnik V” has been such a big hit internationally, that WSJ reported earlier this week that the vaccine has actually been more successful in international markets than in its home market, reportedly due to a high degree of “vaccine hesitancy” that has left Russia vulnerable to a new surge. Unlike his American counterpart, Russian President Vladimir Putin hasn’t yet received the vaccine. 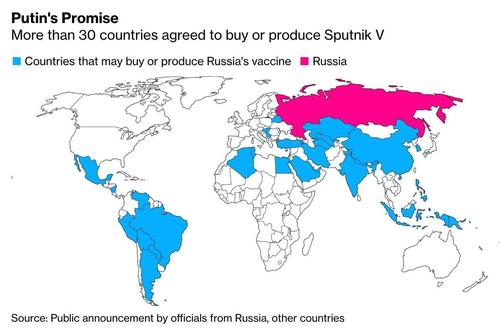 According to the details of the report, the Swiss pharmaceutical firm Adienne Pharma & Biotech will manufacture the Russian vaccine in Italy’s Milan region, per a statement from the firm’s president, Antonio Francesco Di Naro.

And in the latest victory for the Russian vaccine, Bloomberg reports that Italy has struck a landmark vaccine-production deal with Moscow and the Russian Direct Investment Fund (which financed the vaccine’s development via the world-reknowned Gameleya Institute) which will ratchet up the pressure on Brussels to approve the Russian jab for use in the EU.

Approval by the EU would be seen as a major vote of confidence in the Russian jab, which has been almost universally maligned in the western press despite a glowing report from the Lancet, a popular medical journal. Already, medical regulators in the bloc last week began a rolling review of Sputnik V, following the publication of the results in the Lancet (which suggested the vaccine had an efficacy rate of 91.6%).

“It’s somewhat comparable to Russian roulette. I would strongly advise against a national emergency authorization,” she said, speaking on Austrian television. She claimed there were not sufficient data about the vaccine’s safety, claiming that the vaccine must meet EU standards on quality control and efficacy.

According to the RDIF, Sputnik V has already been registered in 46 countries.

Whatever happens, Russia says it will be ready to provide 50MM vaccine doses to Europe, beginning in June. As European countries continue to lag behind the US and the UK, political pressure on Brussels might become too great.