A major intercept incident between Russia and US-NATO allied aircraft has occurred over the far northern Barents Sea on Monday.

“A Russian fighter jet on Monday reportedly intercepted and escorted US and Norwegian patrol aircraft,” The Hill reports. “The Russian Defense Ministry said the incident over the body of water near Sweden, Norway, Finland and Russia involved a MiG-31 fighter jet,” it continued, based on initial reporting by Russia’s state-run RIA news agency. 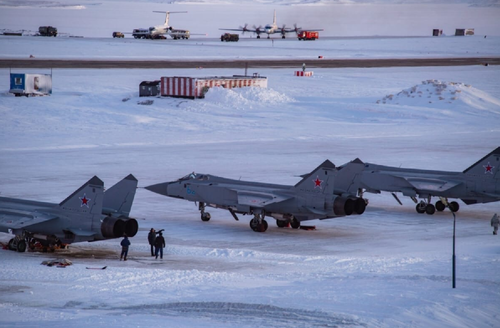 NATO member Norway shares a far northern small section of Arctic border with Russia, thus the region of the Barents Sea has always been a highly sensitive defense sector for the Kremlin, for which it keeps fighter jets at Arctic bases at ‘the ready’.

It comes as tensions are still soaring over Ukraine, and after last week a Russia MiG-31 had intercepted a US spy plane near Russia’s far northeast Kamchatka Peninsula over the Pacific Ocean.

The Russian Ministry of Defense released video of the Russian MiG-31 intercepting a #US reconnaissance plane RC-135W flying over the Pacific Ocean to the borders of the Russian Federation.#Russia #USA pic.twitter.com/r3bsLTfkVG

Moscow has also recently denounced the US Air Force’s additional longrange bomber presence in Norway, out of which recent missions have flown over the Baltic and North seas in a ‘message’ to Russia.

While there was a noticeable uptick in ‘intercepts’ and aerial ‘shadowing’ incidents between Russia and the US over the final year of the Trump administration, new tensions with the Biden White House have once again centered on Ukraine after widespread reports of a major Russian troop build-up in Crimea and near Ukraine’s eastern border earlier this month. 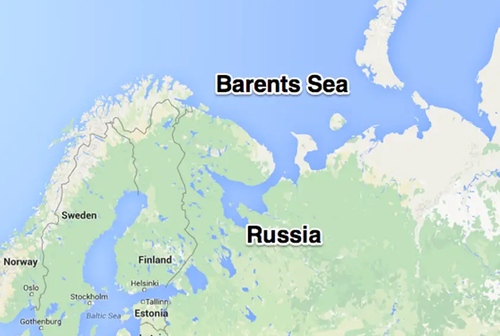 This latest intercept further comes less than a week after Biden introduced major sanctions on Russian officials and select companies accused of involvement in the SolarWinds hack, which resulted in 10 Russian diplomats being expelled from US soil to boot.

(READ) Trump: ‘They spied on the President of the United States!’