A potential breakthrough regarding Russia’s Sputnik V vaccine and its ability to provide immunity in response to the worrisome new mutations of coronavirus popping up around the globe is being reported in international press on Saturday, which is in stark contrast to the prior typically negative coverage of Russia’s vaccine rollout.

“A Russian trial testing the effectiveness of revaccination with the Sputnik V shot to protect against new mutations of the coronavirus is producing strong results, researchers said on Saturday,” Reuters reports. 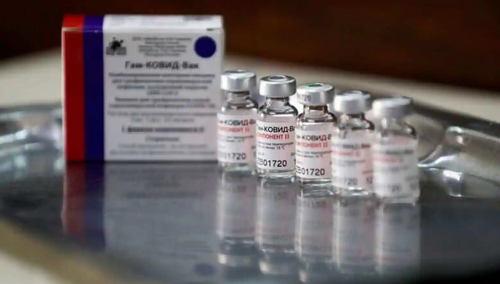 Putin last month ordered a review due by mid-March of the Russian-made vaccine’s ability to protect against the new mutations, found lately in various countries across Western Europe and as far away as South Africa, as well as New York and California.

“(A) recent study carried out by the Gamaleya Centre in Russia showed that revaccination with Sputnik V vaccine is working very well against new coronavirus mutations, including the UK and South African strains of coronavirus,” announced Denis Logunov, a deputy director of the center that developed the Russian vaccine.

“We believe that vector-based vaccines are actually better for future revaccinations than vaccines based on other platforms,” Logunov added.

While research and trial results of the new review have not been made available yet, these latest headlines on the ‘hopefulness’ of Sputnik V’s effectiveness regarding the new strains stand in stark contrast to the highly negative commentary from Western officials which marked much of the end of last year.

Some EU states are being enticed by the Russian and Chinese #vaccines, but EU health commissioner @SKyriakidesEU says they still have to first undergo an #EuropeanMedicinesAgency scientific assessment.#EUWeekInReviewhttps://t.co/E7TXavxr8V

Meanwhile in the United States…

The prime US vaccines appear to be far behind where Russian researchers are claiming to be.

According to The Wall Street Journal, “Both the Pfizer-BioNTech and Moderna Covid-19 vaccines appeared to generate a weaker immune response to the strain identified in South Africa, as did other shots in the advanced stages of development.

“The companies said Thursday they have started the small study to see whether a third dose of their authorized Covid-19 vaccine would increase its effectiveness against new variants, such as the strain first identified in South Africa,” the report adds.