After the arrest of prominent Russian opposition politician Alexei Navalny upon his return from medical treatment in Germany, Russia is once again rocked by mass protests. According to activist group OVD-Info, more than 3,000 people were arrested in at least 109 cities on Saturday. Navalny was allegedly poisoned by Russian state agents on a domestic flight to Moscow in August.

Statista’s Katharina Buchholz notes that, according to the Levada Center, an independent public opinion research organization, the willingness to join mass protest has increased in Russia over the years. 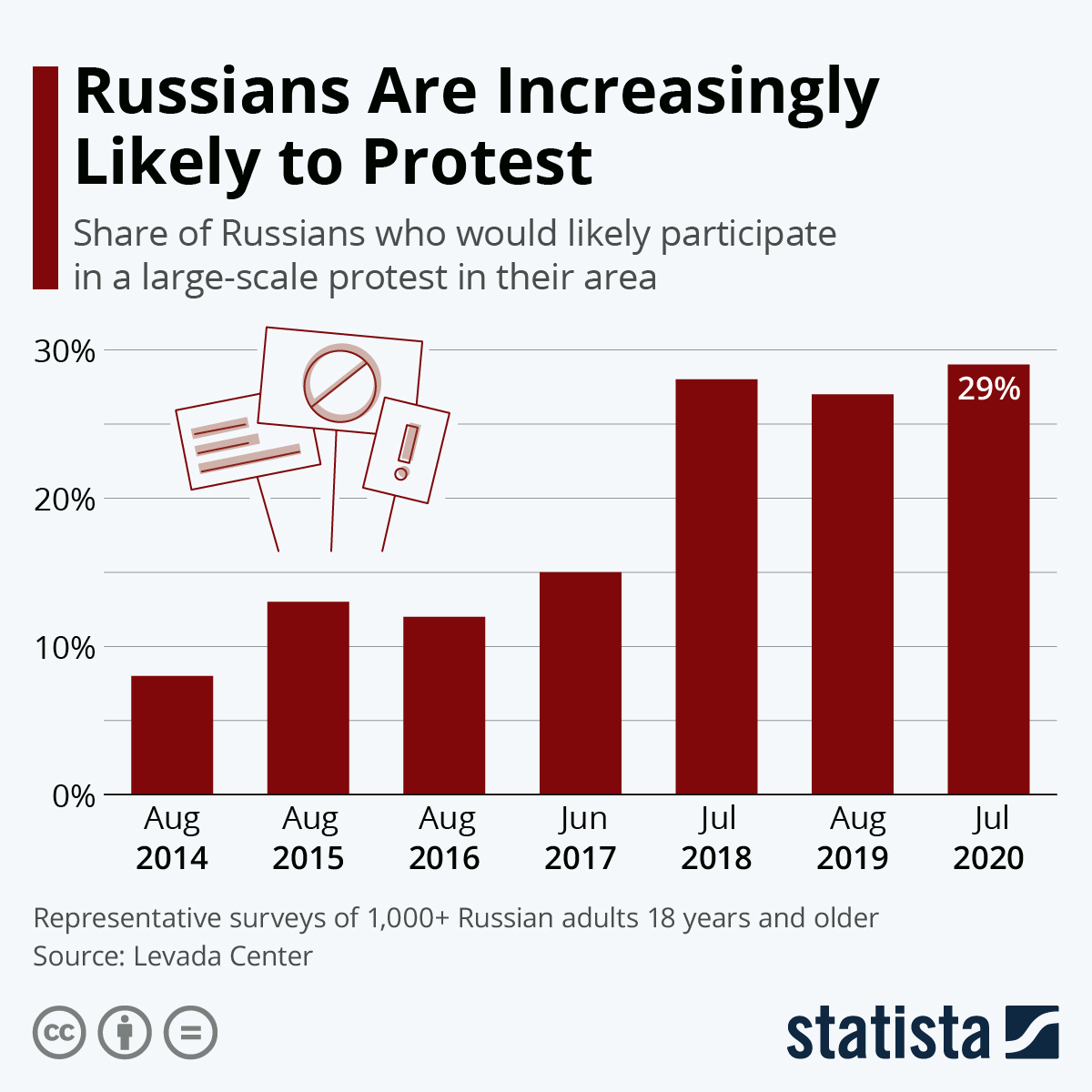 Protest intention took a jump up in 2018, after mass protests against corruption had started in early 2017.

While at the same time, protests against raising the pension age were organized by the country’s second-largest party, the Communist Party, the anti-corruption marches were also led by Navalny, who is the leader of opposition party “Russia of the Future” and the head of the NGO “Anti-Corruption Foundation”.

WATCH: The Future of Vaccines