As it turns out, the Kremlin wasn’t embellishing when it first said its COVID vaccine, developed by the Gamaleya Institute with financing from Russia’s Sovereign Wealth Fund, was as effective as the best Western vaccines. According to the official data, Russia’s Sputnik V vaccine has 91.6% efficacy rate against symptomatic coronavirus cases.

These preliminary findings are based on an analysis of data from more than 20K, mostly white, participants, 3/4ths of whom received the vaccine, while the rest received a placebo. No serious adverse health impacts were reported; most negative health effects included flu-like symptoms, pain at the injection site and weakness or lethargy,

The preliminary findings are based on an analysis of data from more than 20K, mostly white, participants, 3/4ths of whom received the vaccine. The remainder received a placebo.

The trial included 2.1K participants aged 60 and older, and n this subset, the vaccine had 91.8% efficacy against symptomatic disease, according to the Lancet. Similar to the Oxford-AstraZeneca vaccine, “Sputnik V” is based on a modified version of the adenovirus, a common cold virus, the same technique used to create vaccines from AstraZeneca and SinoVac.

Rates of infection in the placebo group vs. the group of patients who received the vaccine are charted below: 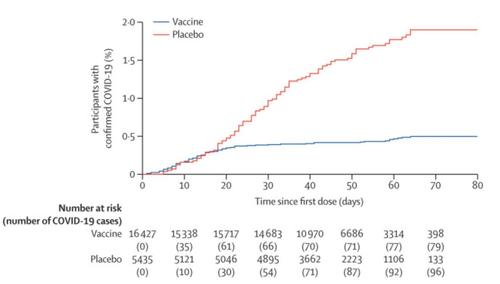 Notably, four deaths were reported during the trial: One person died in the placebo group due to a stroke, while the remaining three deaths occurred in the vaccine group, but, of course, none of these were attributable to the vaccine. 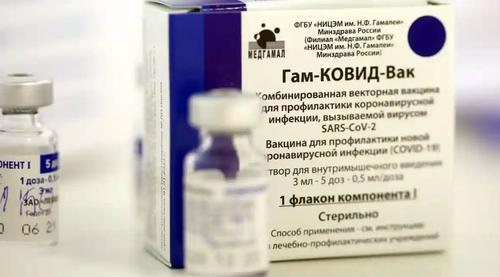 Unlike the AstraZeneca vaccine, the Sputnik V vaccine uses two variations of the basic adenovirus. Meanwhile, serious side-effects were observed in 68 patients, but 45 of these were in the placebo group.

Plus Ça Change: A French Lesson In Monetary Debauchery

VIX Will Be Key Today

Google Trends Reveals The Catastrophe On The Ground In Texas