It isn’t just Silicon Valley CEOs and New York financial firms that are making the move to Texas.

Now, even Samsung is considering a $10 billion investment in the state to build an advanced chipmaking plant, according to Bloomberg. The company hopes that such a move could win it more U.S.-based clients and help it catch up with Taiwan Semiconductor.

Samsung is currently in discussions to potentially put a plant in Austin that would be “capable of fabricating chips as advanced as 3 nanometers in the future,” the report says. Plans are still in preliminary stages.

Such a plant would be expected to begin operations as early as 2023.

The company is hoping to play on the U.S. government’s continued hawkishness with China, which could encourage domestic production. The plant, if manufactured, would be the “first in the U.S. to use extreme ultraviolet lithography, the standard for next-generation silicon,” Bloomberg wrote. Samsung would almost certainly have to negotiate incentives with President Joe Biden’s administration to make the deal happen. 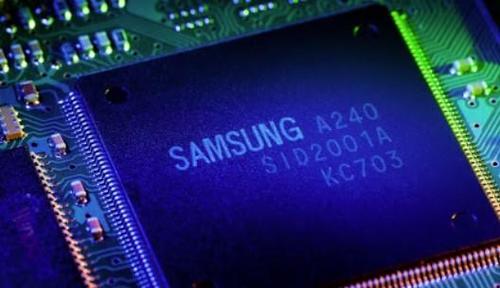 Greg Roh, senior vice president at HMC Securities. commented: “If Samsung really wants to realize its goal to become the top chipmaker by 2030, it needs massive investment in the U.S. to catch up with TSMC. TSMC is likely to keep making progress in process nodes to 3nm at its Arizona plant and Samsung may do the same. One challenging task is to secure EUV equipment now, when Hynix and Micron are also seeking to purchase the machines”.

The move could put Samsung “head-to-head” against rival Taiwan Semiconductor, which has its own plans to build a $12 billion plant in Arizona by 2024. Samsung has said it aims to be the biggest player in the semiconductor industry, with aims of investing $116 billion into its foundry and chip design over the next 10 years.

Samsung purchased land in October next to its existing fab in Austin. The city’s council held a meeting in December to discuss Samsung’s request to rezone the land for industrial development.

Samsung’s chip division spent $26 billion on capex in 2020, but that largely supported the company’s memory business, where Samsung has long dominated.