By now, the world knows we are in the midst of a massive semiconductor shortage.

We have written about how this has wreaked chaos on the auto industry and we have also noted how industry giants like Taiwan Semiconductor are making vast infrastructure investments to try and solve the current shortage and prevent it from happening again in the future.

Now, Samsung is the latest to confirm what we already know: that the current crisis is “very serious” and that it “poses a slight problem” for the electronics company heading into the second quarter. The company continues to try and address supply issues, Reuters reported that CEO and mobile chief Koh Dong-jin said at Samsung’s recent annual general meeting. 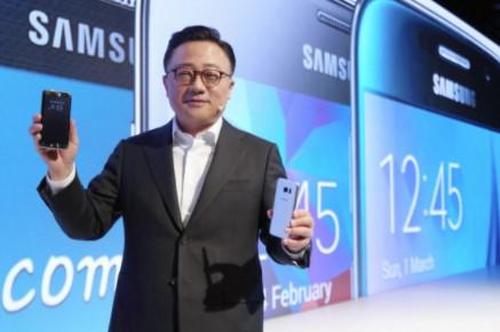 In fact, there are also rumors that Samsung is considering skipping its usual Galaxy Note launch this year due to the ongoing chip shortage, according to 9 to 5 Google. Koh is quoted as saying:

Note series is positioned as a high-end model in our business portfolio. It could be a burden to unveil two flagship models in a year so it might be difficult to release Note model in 2H. The timing of Note model launch can be changed but we seek to release a Note model next year.

“Right now, it’s unclear if this would also affect Samsung’s other planned releases for 2021,” 9 to 5 Google adds. And regardless of whether or not Samsung does decide to delay its hardware, the point has already been made: the chip shortage remains dire for the time being, is having a profound effect on some of the world’s largest companies, and shows no signs of respite just yet.

Most recently, we wrote about how difficult it was becoming for U.S. companies to export chipmaking hardware to China due to trade restrictions. We also documented weeks ago how critical Taiwan would be in getting the semiconductor industry back up and running. We noted that Taiwan Semiconductor Manufacturing was rushing to try and build new facilities through the Chinese New Year in order to meet demand. 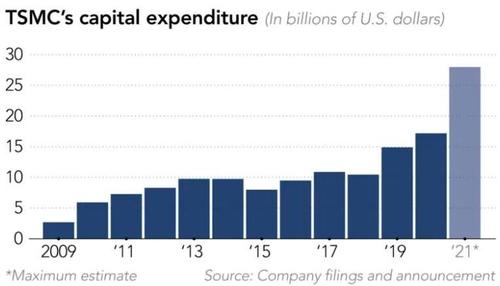 TSMC is one of the biggest suppliers of chips to company like Apple, Google and Qualcomm. As a result of a worldwide shortage in chips that was brought on due to the pandemic, they are now rushing to try and get a new factory in the southern Taiwanese city of Tainan built. Construction the new facility will take place throughout 2021, with completion expected in 2022. 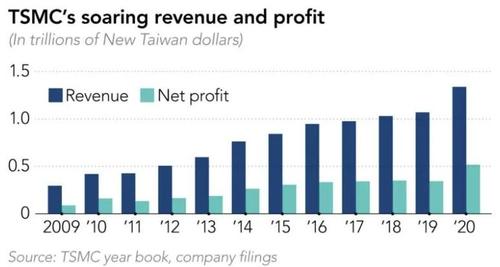 Earlier in 2021 we noted that the semi situation had been turning dire and was now being referred to as the “most serious shortage in years”. Qualcomm’s CEO said last month that there were now shortages “across the board”.

And it wasn’t just Qualcomm executives speaking out: other industry leaders warned in recent weeks that they are susceptible to the shortages. Apple said recently that its new high end iPhones were on hold due to a shortage of components. NXP Semiconductors has also warned that the problems are no longer just confined to the auto industry. Sony also said last week it may not be able to to fully meet demand for its new gaming console in 2021 due to the shortage. Companies like Lenovo have also been feeling the crunch. 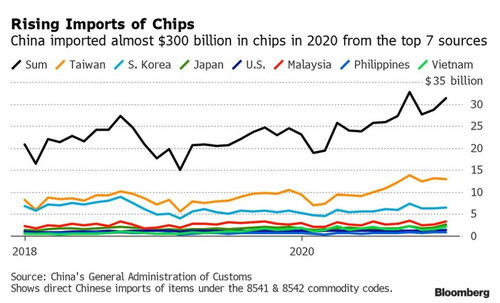 How The Fight Over American Freedom Will Probably Escalate