Since she left the West Wing, Sarah Huckabee Sanders, it has been assumed, would be running for office in her home state, perhaps as a senator, or maybe even the governorship, an office once held by her father, Mike Huckabee, and former president Bill Clinton. 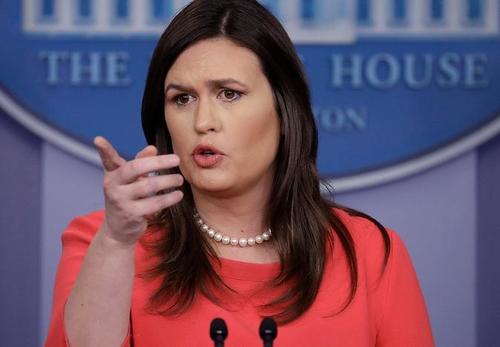 On Monday, Sanders made it official by releasing a lengthy video announcing her candidacy for the governorship.

Although President Trump is still banned from twitter, former Secretary of State Mike Pompeo tweeted his endorsement of Sanders’ bid for the governor’s mansion in Little Rock.

I worked with @SarahHuckabee. I’m all in to support her campaign to become next governor of Arkansas. Integrity and hard work. Take it from a Kansan — she will do Arkansans a good turn! pic.twitter.com/X04eiluVJe

Sanders, the former White House press secretary, left her job in the West Wing back in 2019, with the expectation that she would be heading back to Little Rock, where she grew up, to start preparing for a run.

Still,  her announcement shows how much she expects voters in deep-red Arkansas to embrace her, and her legacy of working for President Trump.

No Democrats have announced a bid.

A she noted in the video, Sanders was the first working mother and only the third woman to serve as White House press secretary.

The race could soon get even more crowded if GOP State Sen. Jim Hendren, a nephew of Hutchinson’s, is considering a run for the seat.
Though Sanders has a much higher profile than any of the candidates, she remains an unknown on many of the state’s biggest issues, though in her announcement she called for reducing state income taxes and cutting funding to so-called “sanctuary cities”.

White Christmas Forecast For Much Of America, Followed By Arctic Blast