Amid a growing number of Houthi-launched attacks on Saudi Arabian oil refineries which recently inspired the kingdom to launch a round of naval drills intended to intimidate, Saudi Arabia has proposed a sweeping cease-fire agreement that would end the world’s worst humanitarian conflict and help revive Yemen’s badly damaged economy. 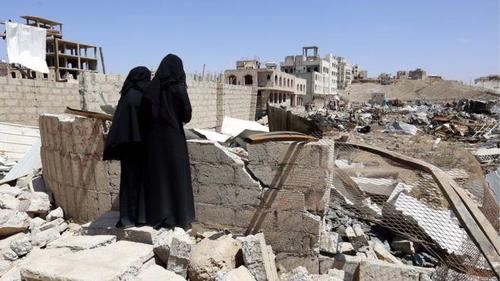 While Syria garners more headlines in the west due to the lingering American involvement, Yemen has for years been decried as the most devastating humanitarian conflict as mass starvation afflicts the population under constant assault from bombings and drone strikes.

But on Monday, Saudi Foreign Minister Faisal bin Farhan Al Saud announced a new Riyadh-backed peace initiative to end the conflict in Yemen between Saudi-backed Sunni forces and the Shia Houthi rebels, widely suspected of receiving support from Iran (something the Iranians vehemently deny, along with any involvement in the milita-led cross-border strikes on Saudi energy infrastructure).

Along with the nationwide ceasefire, the proposal includes a commitment by the coalition to pull back on its blockade on Hodeidah Port. Under the deal, tax revenues from the port would go into a joint bank account at the central bank, the reopening of Sanaa Airport, and other measures.

“The initiative will take effect as soon as the Houthis agree with it,” Prince Faisal told journalists during a televised news conference in Riyadh. “It’s up to the Houthis now.”

Prince Faisal went on to take a shot at Tehran, which Riyadh has accused of supporting the Houthi militants with weapons and other support. “The Houthis must decide whether to put their interests first or Iran’s interests first,” the foreign minister said.

According to Sputnik News, the Houthi movement’s chief negotiator responded to the proposal by saying they would continue to talk with the Saudis, whom they view as their primary adversaries in the proxy conflict.

The Houthi movement’s chief negotiator responded to Riyadh’s initiative by saying the group would continue to talk to the Saudis, Oman and the US to reach peace, and demanded that Saudi Arabia immediately end its air and sea blockade against Yemen.

On Saturday, Mohammed Ali al-Houthi, a high-ranking member of the Houthi-led Supreme Political Council, indicated that the war would end only once the Saudi-led “aggression” had ceased, and the blockade ended.

“The coalition of aggressor member states and their allies besiege the Yemeni nation, invade and occupy parts of our motherland, and at the same time call on us to stop fighting,” he wrote.

“Stop your aggression and siege for the famine and tragedy to end.”

The proposal for peace comes at a critical juncture in the long-running conflict, which began when the Houthis toppled the ruling Sunni-led government in the Yemeni capital of Sanaa. The Houthis have recently pushed north into the Sunni-held stronghold of Marib. Militias have also stepped up missile attacks on Saudi proper, which inspired the recent Naval drills in the Gulf, launched to protect Saudi oil facilities from terror.

With all that’s happening, it’s hard to take the proposal at face value: that the Saudis would ever accept a deal that leaves the Iranian-allied Houthis with the upper hand in the country seems extremely unlikely, even as the proxy conflict has become a financial albatross for Crown Prince Mohammad bin Salman. On the flip side, the military gains the Houthis have achieved have come with a devastating human cost (the UN estimates total deaths due to the conflict – both directly and indirectly – at nearly 250K). But with a long-hoped-for military victory potentially close at hand, why stop now?