Scientist Says Plastic Pollution Is Shrinking Penises, Will Make Most Men Infertile by 2045

An environmental scientist has warned that plastic pollution is shrinking penises and making men infertile, meaning most of them won’t be able to produce sperm by 2045. 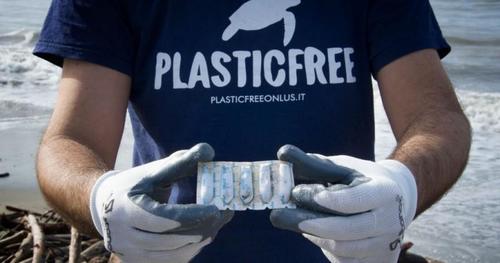 In a new book called Count Down, Dr Shanna Swan writes that humanity is facing an “existential crisis” due to phthalates, a chemical used in the plastic manufacturing process which disrupts the endocrine system.

A growing number of babies are being born with small penises as a result of phthalate syndrome, something that has been observed in rats when they are exposed to the chemical in tests.

Human babies are being exposed to the chemical in the womb, causing a shorter anogenital distance which correlates to penis size.

“Phathalates mimic the hormone oestrogen and thus disrupt the natural production of hormones in the human body, which researchers have linked to interference in sexual development in infants and behaviours in adults,” reports Sky News.

The chemical, which is used to make plastics more flexible, is being transmitted to humans via toys, food and other items.

Swan cautions that “our modern world is threatening sperm counts, altering male and female reproductive development, and imperilling the future of the human race.”

Throughout her book she cites peer-reviewed studies warning about collapsing male fertility rates, including a 2017 study which found that male sperm counts in western countries had dropped by 50 per cent over the past 40 years.

While birth rates continue to plummet as a result of declining fertility, young men are also being told to remain single while women in the west are socially engineered to believe having children and devoting themselves to motherhood isn’t fulfilling.

Last year, researchers at the University of Washington’s Institute for Health Metrics and Evaluation warned that the planet is not prepared for an ongoing global population crash, and that the impact will be “jaw dropping.”

CNN also published an article acknowledging that if sperm was an animal it might be “heading toward extinction in western nations.”

As we previously highlighted, face masks are also now an extra burden of plastic pollution.

Around 1.5 billion face masks will be dumped into the sea and further contaminate the oceans with harmful plastic and damage vulnerable marine ecosystems.

Numerous deaths after Covid-19 under investigation; so far officials suspect no link to shot