It looks like the SEC could finally be catching up to the artificial gamma squeeze that helped the NASDAQ nearly double off its March 2020 lows.

We were aghast when it was revealed in September 2020 that Softbank had bought about $4 billion worth of call options in names where it owned the underlying equity. The “strategy” seemed to clearly border on manipulation, despite apparently being legal. 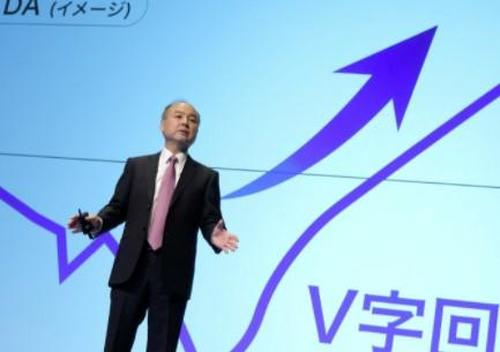 Large purchases of out of the money call options in names that you own force dealers to buy up the stock, to hedge, causing dramatic (and unnatural) feedback loops higher for names when their stock would otherwise remain dormant.

And with the NASDAQ appearing to be on shaky ground of late, everyone is going to be looking for a scapegoat if the ground falls out underneath the index. Perhaps that’s why, as of now, legal website PlainSite says that FOIA reveals the SEC could be investigating SoftBank’s “strategy”.

New! After rigging the NASDAQ, making front-page news, and the SEC claiming it had never heard of it, the SEC now reveals that SoftBank is under federal investigation. pic.twitter.com/R7LyfnvzTq

“After rigging the NASDAQ, making front-page news, and the SEC claiming it had never heard of it, the SEC now reveals that SoftBank is under federal investigation,” PlainSite wrote on Twitter, appending their response to a FOIA request that acknowledges same.

Softbank responded to Business Insider, stating it “takes its obligations with respect to all regulatory matters very seriously,” and “we are not aware of any SEC investigation into the company’s securities trading and have not been notified by them to date.”

Interestingly, FSOC notes that $TSLA, $AAPL, $NFLX, $GOOG, $FB, and $MSFT call option volumes are extreme enough to highlight in its 2020 annual report to Congress about potential threats to the financial stability of the United States. Not mentioned explicitly: SoftBank. pic.twitter.com/kR5RsH1xEq

Whether anything will come of the investigation or not remains to be seen, but one would think it certainly puts other players who considered using such a strategy on notice. And, of course, we have constantly been railing not only about the run up in tech, but in specific names like Tesla. Many have noticed that the company’s meteoric rise dating back about 18 months seemed anything but natural compared to the company’s past trading history.

People tell me I’m an idiot for entertaining the idea that $TSLA stock could, in some way, be manipulated. Cause this is normal pic.twitter.com/LMGReP1DYP

Recall, back in Septemeber 2020, FT went on to quote a derivatives-focused US hedge fund manager about some of SoftBanks’ trades: “These are some of the biggest trades I’ve seen in 20 years of doing this. The flow is huge.“

How huge? Huge enough to send the implied volatility of calls of the world’s biggest company, Apple, soaring at the same time as its stock price hit record highs.

It was also found to be the likely culprit between why the S&P kept rising alongside the VIX at the time, which hit a record high at a time when the S&P was also at an all time high back in September. It was an indication that things were anything but orderly under the surface.

How much did SoftBank buy? According to the WSJ SoftBank…

… spent roughly $4 billion buying call options tied to the underlying shares it bought, as well as on other names

… which due to the embedded leverage in options, was the equivalent of buying tens if not hundreds of billions of underlying stocks, thus sparking the massive upward move in the handful of tech stocks which then spilled over everywhere.

The potential unwind for this trade, now that the “sheriff” is in town, also has some of those same market participants speculating about what it could mean for the NASDAQ:

Feels like a good day to bump this. https://t.co/ksX2jpipns

SARS-CoV-2 has not been proven to exist; I can do this forever

Where Are We In The Market Cycle?