Nvidia has become one of the hottest stocks in recent years as it builds out its offerings for automakers as they rush to develop self-driving vehicles. 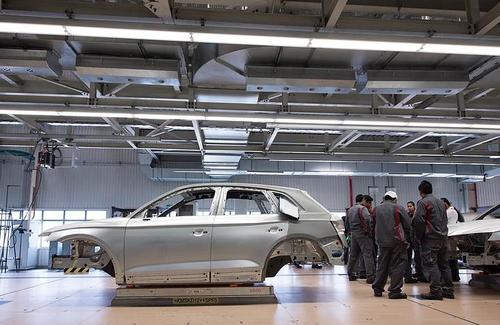 Nvidia announced over the weekend a deal with Chinese automobile manufacturer NIO that will see NIO use the NVIDIA DRIVE Orin system-on-a-chip (SoC) for its new generation of electric vehicles. The ET7 sedan, which is expected to offer advanced automated driving capabilities using NIO’s supercomputer “Adam,” will ship in China beginning in 2022. 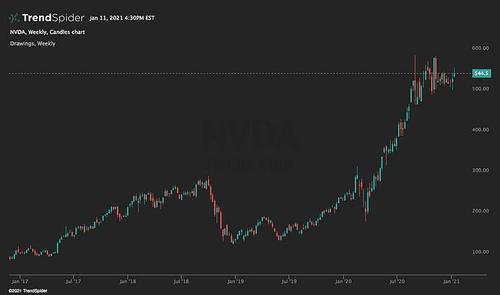 “Autonomy and electrification are the key forces transforming the automotive industry,” NVIDIA founder and CEO Jensen Huang said. “We are delighted to partner with NIO, a leader in the new energy vehicle revolution — leveraging the power of AI to create the software-defined EV fleets of the future.”

As automakers build vehicles that resemble more of a computer, they’re facing a shortage of semiconductors that is now beginning to affect vehicle production. Both Ford Motor and Nissan Motor said they froze production at plants in the U.S and Japan, respectively, as they work with suppliers to resolve the situation and monitor additional impacts.

News of the shortage made the rounds last year when automakers saw sales increase quicker than expected amid the pandemic as factories remained closed. Volkswagen adjusted production last month in China, North America and Europe as a result of the shortage, according to Reuters.

“The chip supply for certain automotive electronic components has been affected due to uncertainties caused by the pandemic,” a Volkswagen representative told Reuters. “This has led to a potential interruption in automotive production, with the situation getting more critical as demand has risen due to the full-speed recovery of the Chinese market.”

Not surprisingly, the shortage is affecting auto suppliers in addition to automakers. German auto supplier Bosch said it is seeing the semiconductor shortage affect its supply chain.

“No supplier can elude this market development,” Bosch said. “We are in close contact with our suppliers and customers to maintain the supply chains as much as possible despite the tense market situation.”

Chipmakers have responded by increasing production but Continental warns the shortage could persist well into this year as it could take up to nine months for production to meet demand.

“Although semiconductor manufacturers have already responded to the unexpected demand with capacity expansions, the required additional volumes will only be available in six to nine months,” Continental said. “Therefore, the potential delivery bottlenecks may last into 2021.”

With demand for vehicles picking up and semiconductors continuing to be in short supply, the affect on automakers looks unlikely to be resolved any time soon.

Charting 2020 – A Year Of Speculative Mania