Authored by Cathy He via The Epoch Times, 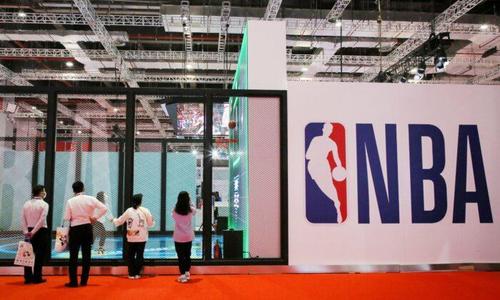 But Chinese media recently reported that CCTV will resume regular broadcast of the NBA starting with the All-Star Game on March 7.

“Commissioner Silver needs to come clean – did he agree to censor players’ free speech to return to Chinese state-run airwaves?”

Silver said last year that the league faced hundreds of millions in losses from the Chinese backlash.

Blackburn wrote to Silver on March 4, signaling concern over the league’s alleged television deal with CCTV at a time when the Chinese regime faces increasing scrutiny over its coverup of the COVID-19 pandemic and rampant human rights abuses.

“While investigations into the origin of COVID-19 continue in Wuhan, the NBA seems solely focused on mending its relationship with CCTV even though it’s clear Communist China will distort, censor or terminate any CCTV broadcast that is seen as a threat to the Chinese Communist Party (CCP),” the senator wrote in her letter (pdf).

Last October, CCTV temporarily resumed its broadcast for the last two games of the NBA finals, a result of the “goodwill” expressed by the NBA for some time, a spokesperson for CCTV said at the time. “The NBA has made active efforts to support the Chinese people in their fight against COVID-19,” the spokesperson said.

“It is safe to assume that ‘goodwill’ included the $1 million in medical supplies the NBA sent to the CCP,” Blackburn said in the letter.

“China dominates PPE production worldwide, so it is deeply troubling that the NBA would send this aid, especially after witnessing the lack of transparency shown by the CCP throughout the entire pandemic and their continued grave human rights violations.”

Blackburn asked Silver to provide details about the CCTV deal by March 30, including whether the agreement bars the NBA from speaking on topics deemed unacceptable to the Chinese regime such as Tibet, Hong Kong, Taiwan, and Xinjiang, and the financial impact of the CCTV’s broadcast ban.

Last May, the NBA announced a new head of its China operations, Michael Ma, whose father, Ma Guoli, is a co-founder of CCTV Sports. Blackburn also asked the NBA to detail what roles Ma and his father played in the negotiations.

The NBA did not immediately respond to a request for comment.

The league also sparked controversy in July 2020, when an ESPN investigation revealed that Chinese coaches at the NBA youth training academy in the region of Xinjiang physically abused players. The NBA later confirmed that it had terminated its relationship with the academy.

The Myths Of Green Energy