Senator Louie Gohmert (R-TX) suggested that Republicans should be ‘as violent as Antifa and BLM‘ after US District Judge Jeremy Kernodle tossed out his lawsuit which argued that Vice President Mike Pence has the authority to unilaterally overturn the 2020 election results based on widespread claims of fraud in several states, according to Bloomberg. 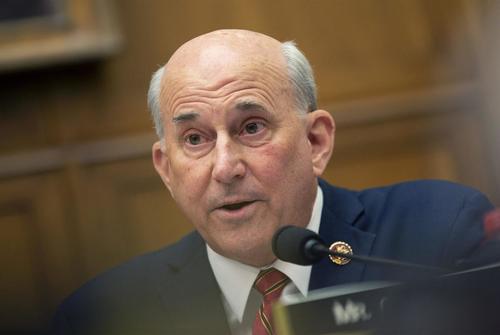 “If the bottom line is, the court is saying, ‘We’re not going to touch this. You have no remedy’ — basically, in effect, the ruling would be that you gotta go the streets and be as violent as Antifa and BLM,” Gohmert told Newsmax in a Friday night interview.

On Thursday, Kernodle ruled that Gohmert hadn’t sufficiently argued that he suffered an injury by any action by Pence, and therefore had no legal standing to sue. The judge didn’t consider the merits of the case in his decision.

Gohmert argued that Pence has the power to hand Trump a second term by simply rejecting swing states’ slates of Democratic electors, and instead choosing competing GOP electors when the Senate and House meet jointly to open and count certificates of electoral votes on Jan. 6. Election experts have said such a finding would create a major conflict of interest. -Bloomberg

Pence, who constitutionally presides over the Senate, will oversee the counting of Electoral College votes on January 6. In a Thursday filing via the Justice Department, Pence urged the judge to reject Gohmert’s suit, arguing that the Texas congressman should have sued the US Senate or House of Representatives if he disagreed with the way Electoral College votes are counted.

WE CAUGHT THEM: Pallets of Fake Ballots in Georgia’s Fulton County Were Identified, Filmed and Sampled Before Moving Trucks Picked Them Up and Shredded Them