After burning the midnight oil getting through a dreaded “vote-a-thon,” the Senate has passed the Democrats’ $1.9 trillion stimulus plan with a party-line vote of 50-49. Republican Senator Dan Sullivan was absent to attend a funeral.

The package includes $1,400 checks for Americans making under $80,000 per year and couples earning less than $160,000, and extends unemployment benefits. It now heads back to the House to incorporate Senate amendments into the final bill, after which it will go to President Biden’s desk for a signature before several programs are set to expire on March 14.

The marathon voting session on a series of amendments began Friday before noon, lasting over 24 hours. It followed a nearly 12-hour effort by Democrats to get Sen. Joe Manchin (D-WV) to support the party’s plan to extend unemployment benefits.

In the final Senate package, eligibility for stimulus checks has been narrowed, and lowered the amount of supplemental unemployment benefits. Also cut was an increase in the federal minimum wage to $15 and hour after the Senate parliamentarian ruled that the wage hike was illegal under the rules of reconciliation – the procedure used by Democrats to push the bill through with a simple margin without requiring at least 60 votes. 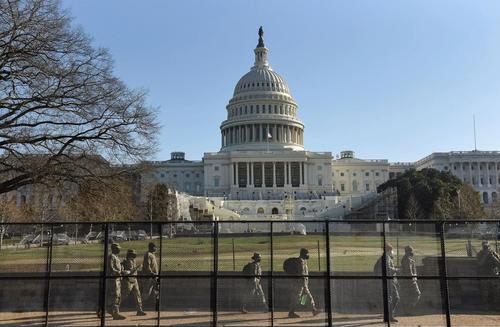 California – which is expecting a $26bn general fund windfall for its upcoming budget session – is estimated to receive $26.3bn of funding, and its local governments $14.9bn.

New York State – for which the governor requested $15bn of additional aid – would receive $12.7bn, while its local governments would receive $10.6bn, including Suffolk County which floated a potential sale of notes to the Fed under the Municipal Liquidity Facility, which will receive $289mn.

Illinois – which sold two series of notes of the Fed totaling $3.2bn – will receive $7.5bn, or about 2.5x the projected fiscal 2022 budget deficit that the governor plans to close through cutting spending and closing corporate tax loopholes (yet, it also has an unpaid bill backlog of $5.2bn as of 17 February).

Puerto Rico, where General Fund revenues are up 11% versus adopted liquidity plans through 5 February – will receive $2.5bn directly, and its local governments $1.9bn.

Separately, local governments to highlight include:
$1.2bn for the City of Los Angeles and $2.0bn for Los Angeles County,
$601mn for the City and County of San Francisco
$5.6bn for New York City (the city and its counties).

$25 billion in aid to restaurants and other food and drinking establishments.

Extending the enhanced unemployment insurance of $300 per week through Aug. 29.

Also included is expanded federal funding for COVID programs – which includes $46 billion for testing and tracing programs, $7.6 billion to use community health centers for pandemic response, $5.2 billion for vaccine research, development and manufacturing – as well as therapeutics and other medical products, and $7.7 billion to hire public health care workers.