Seven people were arrested after a group of “about 50 people, all dressed in black” defaced and vandalized several Federal buildings in Center City Philadelphia on New Year’s Eve.

The large group was spotted by officers at the Robert Nix Federal building on the 900 block of Market Street, about 5 blocks away from the Liberty Bell and Independence Hall, where windows had been smashed in, according to ABC Philadelphia. 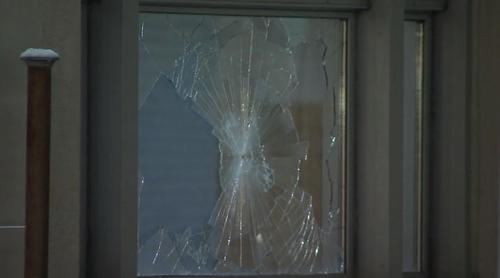 Police witnessed a 25 year old man throwing a brick through windows before fleeing the scene on foot with another 24 year old man and two 23 year old women. They were all eventually arrested and damage to the building was estimated to be about $3,000 – which we’re going to guess that collectively, between the four of them, they don’t have enough money to make good on.

The same group of vandals also left “Antifa-related” graffiti at the Federal Detention Center at 7th and Arch streets, near the Ben Franklin Bridge.

Later in the evening, three other people were arrested, including a 25 year old man and two women, aged 22 and 26. Officials said the man was carrying what was likely a molotov cocktail and that the group “had more plans” for the evening. The man had a glass jar with a fuse going into a bottle that had “a strong flammable odor”. He also had plastic container with white powder labeled “Fire Starter.” 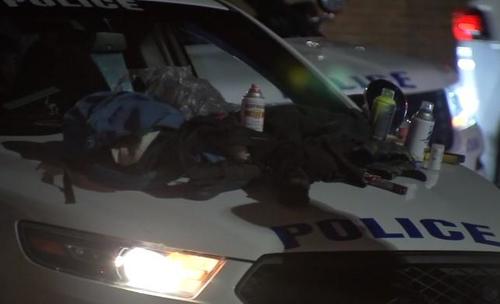 Philadelphia Police Chief Inspector Mike Cram said: “During a search, they recovered Molotov cocktails and some other devices which have not been identified.”

But our take is that the real crime was a couple of nerds in their 20’s “drawlin” just to impress the women they were with. We’re sure that after the Philadelphia PD lets them out of their holding cells, it’ll be back to Xbox, Cheez-Doodles and Mountain Dew in mom’s basement – while, of course, romanticizing the story about the one day they “fought for freedom” they’ll no doubt be telling for years.