…and the hits just keep on coming.

Shortly after Mark Zuckerberg decided that President Trump’s Facebook account should be “indefinitely” blocked, Shopify has jumped on the virtue-signaling bandwagon and terminated ecommerce websites run by the Trump campaign and Trump Organization. 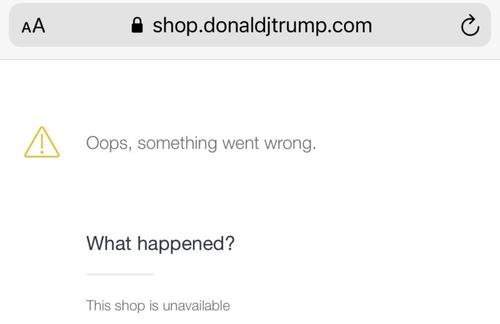 The actions were reportedly “in response to the riots” and Trump’s “violation of acceptable-use policies.” A Shopify spokeswoman wrote in a written statement:

“Shopify does not tolerate actions that incite violence.

Based on recent events, we have determined that the actions by President Donald J. Trump violate our Acceptable Use Policy, which prohibits promotion or support of organizations, platforms or people that threaten or condone violence to further a cause.

As a result, we have terminated stores affiliated with President Trump”: 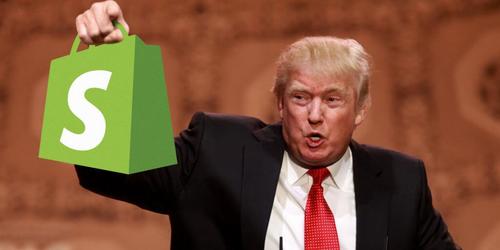 Investing Legend Sees “Spectacular” Crash In “The Next Few Months”