In the view of most economists, a minimum wage law will raise the compensation of some unskilled workers, and unemploy others. 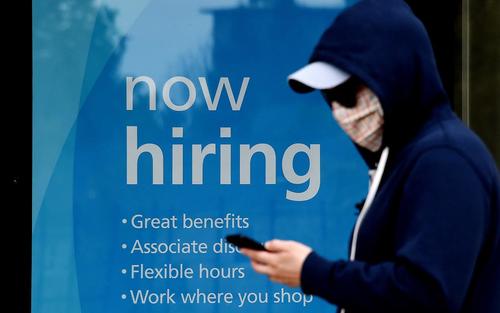 According to the Congressional Budget Office, a boost in the federal level to $15, in gradual steps until reached by 2025, will increase the economic well-being of some 900,000 people, while consigning 1.4 million to the unemployment rolls. We won’t debate these proportions, except to note that this all depends upon the elasticity of the demand curve for inexpert labor, and that this statistic rises the greater the length of run. That is, immediately upon passage of such an enactment, very few such employees will be fired, but as time goes on, more and more of them will be.

Instead, we will now focus, only, on those who lose their jobs due to an increase in minimum wage level. We also keep in mind those who cannot be employed even at $7.25, since their productivity is below that point, and any firm that hires them will lose money by so doing. That is to say, all sides of this debate acknowledge that wage minima create unemployment; they only diverge on the degree to which this occurs.

What, then, is unemployment? It is a soul-destroying situation to be in. You pound the pavement every day, looking for a job, unsuccessfully. You send out zillions of resumes, to no avail. You sometimes, rarely, are accorded a job interview, but nothing ever comes of it. (If you stop looking, and, say, go back to school, due to the magic of government statistics you are no longer counted as unemployed. This description applies solely to those actively seeking a career, and you are no longer so doing; instead, you are now out of the labor force.)

Unemployment is not just statistically correlated with drug taking, alcoholism, wife beating, child abuse, loss of self-worth, depression, mental illness, even suicide. No, it is causally related. All too many people who cannot find a job are utterly miserable in this myriad of ways.

All of this comes about as a result of a public policy. Those responsible for the ensuing unemployment are thus accountable for these debilities.

Suppose the genesis of these despicable results were not public, but rather private. I go to the inner city (that’s were a disproportionate number of minimum wage victims live) with a big gun. I also have an invisibility cloak, so that the cops can’t stop me. I march up to, oh, 5%, a nice round number for the unemployment effects of this law, of all the people I find there who have jobs. I credibly threaten to murder them unless they quit their positions and seek none others. My threats are believable. Unemployment therefore rises.

How would the law of the land deal with me? How should the law of the land regard me? I’m no lawyer, but I think it goes without saying that I am a criminal. They should lock me up and throw away the key. I am very despicable for picking on people at the bottom of the economic pyramid and forcing them to become unemployed with all that that entails.

But are the likes of Bernie, and AOC, and Chuckie and Nancy and Sleepy Joe any less guilty than I? I think not. Ok, ok, none of them pulled a gun on anyone, as did I. They used the force of law instead. They have much better velvet gloves than I do. But in their support of this contemptible minimum wage law, they are no less guilty than me of visiting the scourge of unemployment on those least able to withstand its inexorable pressures. If I do, then these people also richly merit incarceration.

The point is that all the advocates of this evil legislation, without exception, admit that it will cause at least a small amount of unemployment. And, yet, they persist in their wicked ways. Whether they know it or not, they have mens rea. At least they should have a guilty conscience, which none of them ever acknowledge.

While I’m on the subject of incarcerating public figures for doing incredible mischief, the same applies to those responsible for not allowing free markets in used human body parts.

A report by the Congressional Budget Office on a proposal to see $15 by 2025 estimates the increase would move 900,000 people out of poverty — and at the same time cut 1.4 million jobs.