Should We Fear A German Ministry Of Social Cohesion?

Authored by Tim Kirby via The Strategic Culture Foundation,

The idea that there needs to be a ministry to make certain ethnic groups feel a greater sense of equality is of course a red flag. 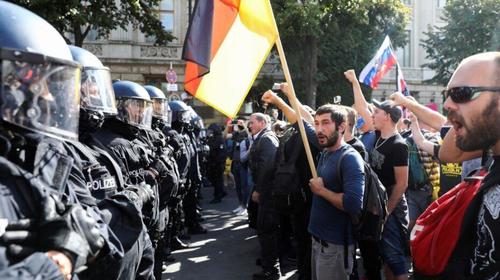 Hearing the idea of a “Ministry of Social Cohesion” was quite exciting for someone who writes about politics, geopolitics and ideology on a regular basis. On the surface this sounds like a systemic answer to the paradox of our time – that our omnipresent Liberalism only acknowledges the individual and yet humans have always lived in groups from the darkness of prehistory. This sort of ministry sounds like it could be a part of a new rising Chinese Communism or the dreams of a still theoretical “Illiberal” system in Hungary or Russia. But now this concept with a spicy name is being put into place deep in the heart of the West in Germany. Based on the direction that the victorious side in the Cold War has taken over the last 30 years we should be very skeptical that this proposed Ministry of Social Cohesion will work for the benefit of common ethnic Germans in their homeland and will be unlikely to help build a cohesive now multi-ethnic Germany.

Why should we be skeptical of something that sounds so reasonable?

Whenever something that is already illegal is being made illegal yet again, we should be very suspicious. For example, in modern times in the West there is nowhere, where you could simply beat a certain type of person to death, who posed no threat to you, and get away with it. There simply never were any court cases regarding murder, in which the defense plead “but the victim was Gay/Black/Muslim your honour” in an attempt to get their client acquitted.

And yet despite everyone being constitutionally made equal regardless of sex, race or some other inherent factors “Hate Crime” legislation has been pushed hard by those who somehow either believe that certain groups get murdered daily with no repercussions or that simply want to create a system of double standards, where if the supposed victim of a crime is in X group and the accused perpetrator is in Y group, then life is over for the member of group Y simply by accusation and, if convicted, the punishment will be especially harsh. 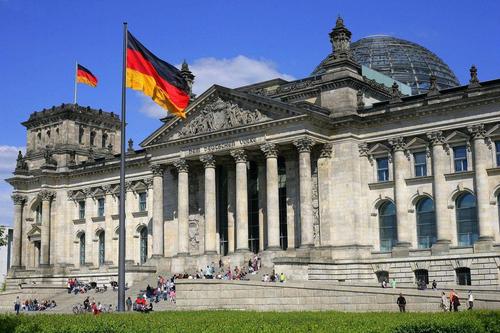 Image: Today’s Germans have just cause to fear any big bureaucratic projects coming out of this building.

Hate crime legislation is one of the loudest examples of making something illegal twice, but it is far from alone and this need to make people in Germany “more equal” is sure to result in making them less equal.

Germany already provides everyone legal equality. The idea that there needs to be a ministry to make certain ethnic groups feel a greater sense of equality is of course a red flag. Furthermore, it is hard to imagine that EU bureaucrats who live perpetually in a set of progressive political blinders would be able to achieve the stated goal of making “All forms of group-related enmity… outlawed.” This also raises the question of how can one get rid of enmity? Are German-speaking Turkish stand-up comics to be shot for taking shots at Romanians migrant workers?

The United States did a good job of making European immigrants leave their bitterness towards each other in Europe, which their English-speaking children quickly forgot about. This was not so much due to government involvement but distance and living in a pre-internet world. How to make Turks, Arabs and others leave the past back home in a globalized world is not so easy.

But the cause for concern is that the state is being given a special wing designed to “protect” minority rights in a nation that already has legal Rule-of-Law equality. This will surely create new double standards that will not favor ethnic Germans.

In our diverse 21st century where any of us can use a cheap smartphone that allows us to communicate with the entire world and offers the magic of automatic translators, it is now more than ever time to understand that if a society is to be strong it needs to have cohesion in order to have purpose and to survive. As Russians say “you have to have all your muskets firing in the same direction”. An intellectually diverse society that agrees on nothing is vastly weaker and open to foreign influence than one with a generally accepted ideology.

The America of the Cold War that had a Left and Right wing as “two sides of the same coin” arguing over nuances in how to build the dream of the Founding Fathers is much different than the one we live in today in which half of the population wants the other half to die in concentration camps. 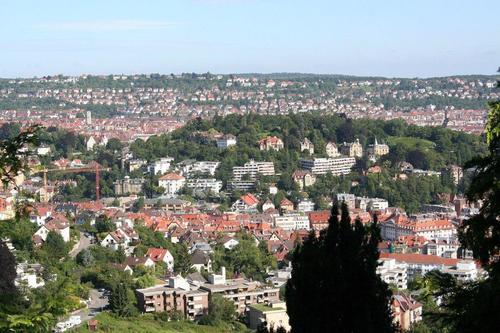 But beyond the obvious factor of solidarity making stability, one thing that is often overlooked is that when cohesion is high, and there is an overall agreement in society about right and wrong, this creates a condition of great freedom for the common man. When most people more or less agree over things, it is very easy to be tolerant of the opinions of other people that you either generally agree with or at least do not find threatening.

If Social Cohesion is high, there will be more agreement in society which will make individuals feel more free. In an eclectic nation with radically different ideas battling for power, freedom of speech is unlikely to flourish.

What should a German or any Ministry of Social Cohesion look like?

The problem with trying to produce Social Cohesion from the armchair of politicians is that it could very easily wind up becoming extremely heavy handed reminding us of a certain period in German history that wound up ultimately destroying any hopes of Germany becoming a global power. This type of ugliness needs to stay in the past forever.

So the question of how to make any society have a higher cohesion level without negative reinforcement is perhaps not so simple. “Do things the German way or get the truncheon” is a non-option. Furthermore, any of the ideas below are fairly universal and would apply to many nations across the globe be they Nigeria, Thailand, India etc.

One of the easiest ways to create a more united state would be to give big tax breaks or other leniencies on things that meet a certain German national character. Building a house in Europe is not cheap, but building one in a traditional German style just like all the other ones around it, should yield some sort of tax rebate or other bonus. This discount would be given regardless of the ethnicity of the owner of the new house. This would reward “Germanness” without punishing those who do otherwise. Architecture has an effect on our subconscious and having children grow up in typical homogenous German surroundings certainly cannot hurt when trying to achieve the goal of Social Cohesion. 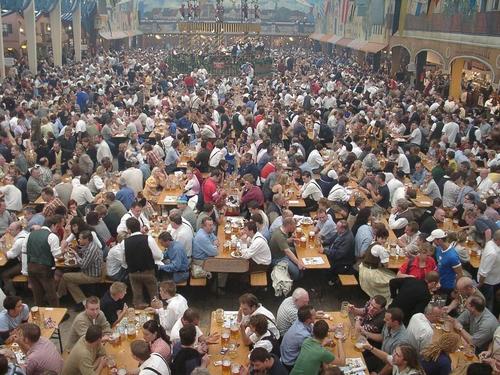 Image: Why should those who refuse to participate in German society, get any benefits from it?

This tax break/credit/bonus could apply to restaurants that offer traditional German food, or other organizations that provide a German option for the masses in a diverse globalizing world. The key issue is that all of these benefits for businesses and organizations that do things the German way must give these benefits universally to any citizen of any ethnicity so as to not violate the principles of a Western constitution. As long as everyone can participate in subsidised German activity X for free regardless of their appearance, then the law is not violated. This is a means of welcoming others into a culture rather than the traditional negative reinforcement option of laying down punishments for noncompliance which governments across our planet love to do.

To an extent, a technocratic algorithm of “carrots without sticks” will naturally push Germany towards a higher level of Social Cohesion.

All shifts in political attitudes require some sort of media promotion and preferably on a grand scale.

Removing the previously stated “Hate Crime” legislation, and other hand-outs that make certain people in Germany live in a privileged status would also have to go. Getting rid of bigotry requires a feeling of fairness, and when you can live in Germany on the taxpayer’s time while at the same time trashing the nation online and sometimes literally you are never going to have a unified society.

The real barrier to any Social Cohesion in a country like Germany that is extremely Progressive is the fact that the to achieve this goal one has to believe that the traditional culture of the nation is a good thing, a great thing, that people should participate in in order for the privilege of getting the benefits of that culture’s wealth, resources etc.

The core of Euro-Liberal identity is self-hatred which is in direct contrast to this stated goal of having a more united society. That is why we should be highly skeptical of any of their attempts to do so. To create a strong German culture that fully assimilates migrants into the fold requires one to actually like Germanness, which is a quality almost completely absent from the halls of power in Berlin. This is why we are much more likely to see successful attempts to bring about Social Cohesion in the Global East where self-hatred is not mandatory.

This topic should remain up for discussion, the great civilizations of humanity are going to need to work towards maintaining cohesion while technology erodes it on a daily basis in our “ever globalizing world”.

The 10 Radical New Rules That Are Changing America