House Democrats on Thursday failed to replace the $600 direct checks in the latest pandemic relief bill with $2,000 payments demanded by President Trump this week – which House Majority Leader Steny Hoyer (D-MD) sought to pass by unanimous consent, only to be blocked by House Republicans. 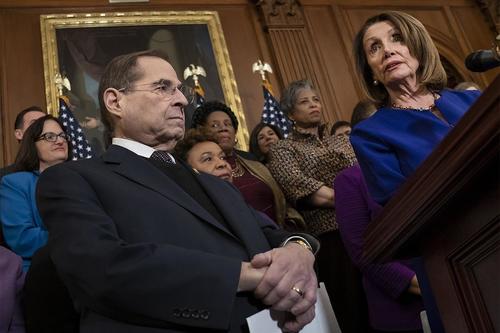 House Democrats will try again on Monday, with a new stand-alone bill for the $2,000 checks, according to House Speaker Nancy Pelosi (D-CA). The House will also attempt to override Trump’s veto of the National Defense Authorization Act as government funding is set to lapse.

To avoid a shutdown, the House could also pass another stopgap measure – however several pandemic relief measures will also run out between Saturday and Dec. 31, including $300 per week in bonus unemployment insurance and a moratorium on rent-related evictions.

Politico’s Jake Sherman opines on the next steps after Trump tossed lighter fluid and a match on GOP leaders, who largely failed to support his challenge to the November election:

IN HIS FINAL INTVW IN 1973, LYNDON BAINES JOHNSON told WALTER CRONKITE that antagonizing Congress is never a good idea because it’s like a pilot having a co-pilot flying in different directions.

TRUMP HAS taken it a step further. He has pressed the ejection seat on his allies

If worse comes to worst, he’ll have a better hand in a few weeks with JOE BIDEN in the White House. BIDEN’S a Democrat, but at least you know his administration’s word is likely to be good.

Trump’s remaining Hill allies — all in the House — are convincing TRUMP that he has a chance of overturning electoral results Jan. 6, and that he should veto this bill — both deep rabbit holes without exit paths.

RIGHT NOW, Republicans tell us they have one goal: keep TRUMP calm and hope he changes his mind and signs the bill.

Republicans are going to offer to strip all the foreign money out of the bill they just passed, and replace it with a stopgap measure. Democrats will block that. We’ll then be back at square one.

Peter Schiff: The ‘Devil You Know’ Is Still A Devil