Crowds flooded Las Vegas this weekend in anticipation of further reopenings on Monday. Nevada is now allowing gatherings, including conventions and trade shows, and casinos to operate at 50% capacity. The easing of health restrictions comes as COVID-19 infections, hospitalizations, and deaths across the state have rapidly declined since January. 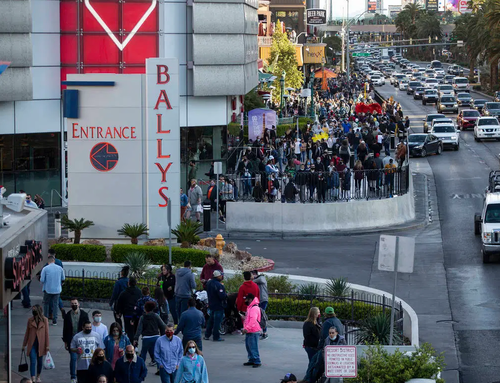 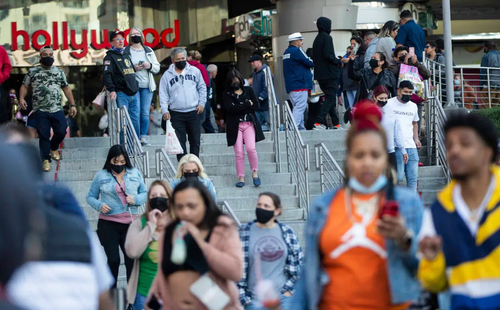 In a Twitter post, Gov. Steve Sisolak wrote, “As NV makes progress on our Roadmap to Recovery, we will remain flexible & make adjustments to our Safe Reopening Plan. Today, we announced exciting updates that will allow for larger gatherings & events in the safest way possible.” 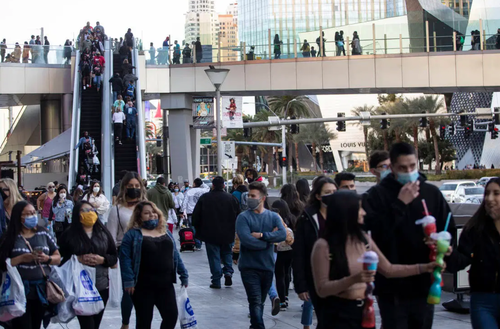 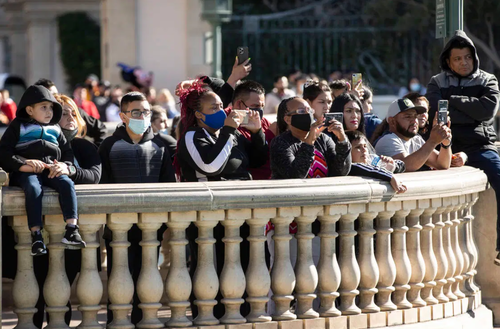 The Las Vegas Review-Journal reports city streets on the Strip were hoping on Saturday – something that hasn’t been seen since the Strip’s shuttering about one-year ago. The Strip partially reopened early last summer and has continued since. Further easing of restrictions on Monday could be a gamechanger for the town.

“Thousands walked the Strip sidewalks, every other person or so wearing a mask over their nose and mouth. Lines formed outside multiple Linq Promenade establishments, notably the walk-up booze counters and an In-N-Out Burger. The smell of cigarettes and weed permeated the air,” the local paper said.

“I took a few pictures to send to my son in Chicago, and I said, ‘I can’t believe there are this many people out,'” said Amendala, sitting about 4 p.m. in the Linq Promenade and wearing two masks. “I couldn’t even get into the Bellagio parking lot to see the botanical garden. It was filled to capacity.”

Yolando Hagwood, a 54-year-old Orange County resident, told the local paper that this is the first time he’s been back to the Strip since August 2019. He has a timeshare and typically comes three or four times each year but had stayed away because of the pandemic and resulting restrictions.

The Nevada Resort Association tweeted, “more great news for Nevada’s recovery and bringing more employees back to work! Expanding capacity at large gatherings is a huge step forward for the speed of Las Vegas’ recovery.” 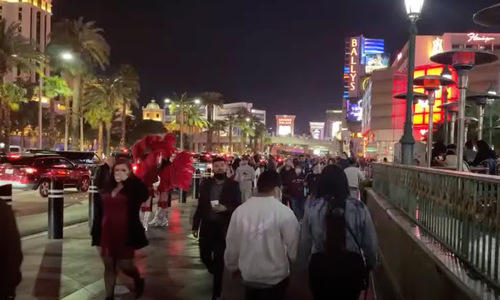 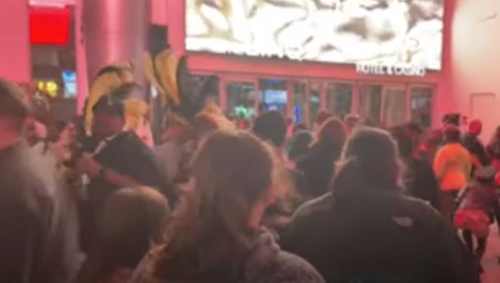 Currently watching a LIVE Youtube stream of someone walking down the tourist Las Vegas strip. The sidewalks are WAYYY-HAYYY too crowded than it covid should be. Guess when on vacay, all these peoples’ cares are thrown out the window.

On Friday, Steve Hill, president and CEO of the Las Vegas Convention and Visitors Authority, said the Strip is “eager to welcome back business travelers.” He said there is “pent-up demand” for Vegas meetings and conventions.

The easing of restrictions is a welcoming sign for Nevada tourism and the revival of the Vegas economy that has been battered over the last year.

The Strip’s deep economic scarring from the virus downturn could take years to recover, something we noted last June.

More evidence of the scarring comes as Las Vegas Sands unloads its property on the Strip to Apollo Global Management and pivots investments towards Asia.