Our Nobility’s assessment of risk and their war-gaming of vulnerabilities are fatally deficient.

Many people have heard of Nassim Taleb’s black swan but fewer understand how few events qualify as black swans. Per Wikipedia, a black swan is an unpredictable or unforeseen event, typically one with extreme consequences, an event that is beyond what is normally expected of a situation and has potentially severe consequences. Black swan events are characterized by their extreme rarity, severe impact, and the widespread insistence they were obvious in hindsight.

In other words, if an event was deemed possible but very low-risk, it isn’t a black swan. France’s Maginot Line offers an interesting example of the difference between events that are deemed low-probability and that play out in ways that weren’t anticipated and a true black swan.

The Maginot Line was a defensive line of impregnable fortifications constructed in the 1930s to force any future German invasion of France (i.e. a replay of World War I) to go around the Line to the north, through Belgium. Should the German Army invade as planned through Belgium, the French reckoned that they would be able to mobilize their army in time to meet the invaders in Belgium in a decisive battle that would either result in a French victory or a trench-warfare stalemate like World War I.

The German invasion in 1940 did come through Belgium as anticipated, but the speed of the invading force was not foreseen by French war planners. The German forces pursued a strategy of Blitzkrieg (lightning war) that advanced deep into France in a matter of days, exploiting weaknesses in French communication, planning, logistics and tactics.

The attack came as expected but not in a manner that was expected. The French expected the Germans to follow the World War I script, a script that would lead to the defeat of the invasion. The Germans were understandably keen on doing something other than following a plan that would end in defeat and so they devised a new way of organizing and executing an invasion.

Understood in this fashion, France’s rapid defeat was not a Black Swan. The Maginot Line did its job but the French pre-conflict war-gaming failed to anticipate German innovations in logistics, tactics and strategy.

Put another way: their assessment of risk and their war-gaming of vulnerabilities were fatally deficient.

So does the crowdsourcing of gamed speculation that we’re witnessing in the stock market qualify as a black swan or not? A strong case can be made that crowdsourcing would eventually move from fundraising and political action to gamed speculation in which an opt-in crowd agrees to share resources to stage a coordinated assault on speculative positions. If this could have been anticipated by extrapolating existing trends, it could be argued this doesn’t qualify as a true black swan.

But an equally strong case can be made that two dynamics unleashed by the crowdsourcing of gamed speculation are black swans:

1. The effectiveness of the crowdsourcing in crippling the confidence of institutional players in building massive short positions in specific equities and instruments. Establishing massive short positions in equities was a relatively low-risk and highly profitable fiefdom of finance reserved for the privileged few of America’s New Nobility (financiers, hedge funds, etc.) These positions were established with relative impunity. This is no longer the case, and the consequences, in classic black swan fashion, are unforeseen and potentially catastrophic.

2. This crowdsourcing has an emotional and politically charged agenda completely outside the conventions of finance and market speculation: participants want to take down the New Nobility. The unprecedented inequality of wealth, income and agency in America has fueled an inchoate rage against those who have benefited so immensely from the rigged system we’re forced to accept as the status quo. I covered this recently in The Coming Revolt of the Middle Class (1/27/21).

The New Nobility is accustomed to profiteering with impunity, with little to fear from laws, regulations or serf/peasant blowback–case in point, Jeffrey Epstein. Now the peasantry has organized via crowdsourcing a means of eviscerating at least a few of the rapaciously profiteering Nobles, payback that is emotionally satisfying in ways those at the top of America’s corrupt “leadership” and New Nobility class cannot understand, as they believe it is their “right” to assemble fortunes exceeding $100 million as super-privileged insiders by Buying More Than $1 Million In Tesla, Disney And Apple Calls In December.

Let’s call this a silver swan, an emergent dynamic with far-reaching and potentially extreme consequences. This silver swan isn’t an imaginary comic-book character, it’s a dynamic with real-world consequences that have barely begun to become visible.

This silver swan is manifesting in a market that is exquisitely fragile, brittle and vulnerable to collapse for reasons I’ll explore in upcoming posts.

One way to understand the risk of unforeseen collapse is: our Nobility’s assessment of risk and their war-gaming of vulnerabilities are fatally deficient. As an appetizer to this topic, please review my recent posts:

The Stock Market, Fatally Wounded by the Truth, Will Stumble and Crash (1/30/21)

The Democratization / Demonization of Speculation (1/29/21)

We can’t unsee what’s behind the curtain. 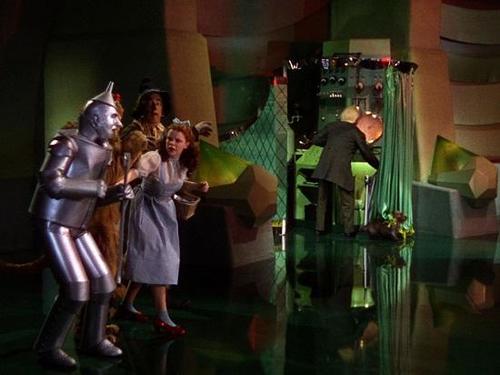 Confessions Of A Deprogrammed Trump Supporter