While there were some concerns about the demand ahead of today’s 10Y auction, they quickly evaporated after today’s CPI miss which promptly pushed yields to session lows amid a bout of short covering, which eliminated fears about chasing into the auction or unmet concessions. And sure enough, moments ago, as part of the month’s refunding, the Treasury sold a record $41 billion in 10Y notes, matching the all time notional high from November. 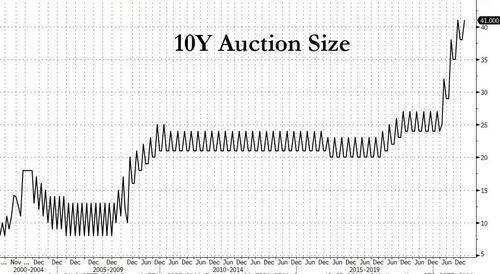 Overall, a solid if completely unremarkable 10Y auction, which is probably good news for a market where fears of rampant inflation – and much higher yields in the future – are now all the rage. 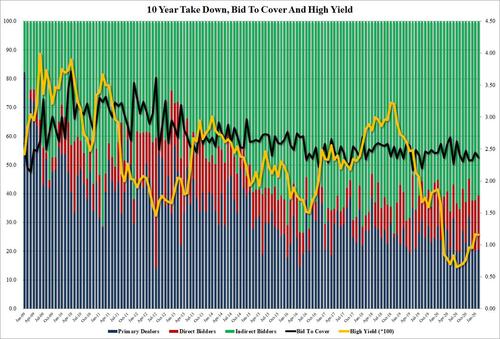