It’s starting to look as if difficulties in shipping and storing the AstraZeneca-Oxford jab, added to questions about the vaccine’s efficacy and reliability, is causing demand to wane not just in the UK, but across Europe.

Early reports claimed that the EU was expecting 100MM doses of the vaccine to be ready during the first quarter of the year. But WSJ’s sources said the company may fail to deliver even half that amount, although they stressed that final figures had not been established. 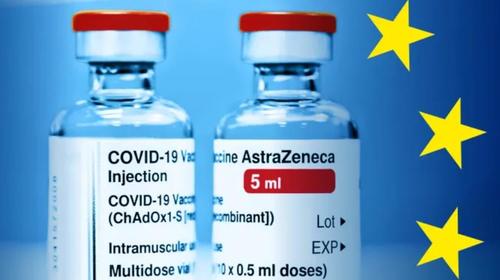 AZN’s statement was reminiscent of similar announcements from Pfizer, Moderna and McKesson, which have all struggled with issues tied to production and logistics.

McKesson, the US-based vaccine distributor, revealed the other day that nearly two dozen shipments of its COVID jabs were spoiled in the US after being exposed to too-cold temperatures during shipping, forcing NYC to delay some 23K vaccination appointments across the city’s 15 vaccination centers.

And it’s practically guaranteed that the growing anxiety among EU member states over the slow start to COVID-19 inoculation compared with some other rich countries, notably the US and UK, have intensified since the start of the year with the UK “mutant” strain having already spread across the Continent, and the world as well.

Fears of the highly transmissible mutated virus spreading across European countries – including Germany, Denmark and Ireland, among others – is forcing them to resort to lockdown conditions once again.

Details of the revised first quarter deliveries to the EU were still being worked out but they could be less than 40MM, several European officials said, which would be well below target.

Part of the reason for the uncertainty is that the provisional timetables were dependent on when the vaccine receives regulatory approval, which could happen next week. It was “not looking good in the short term” for AstraZeneca jab supplies, one European official said.

A second described the proposed shortfall as “significant” while another branded it a “disgrace”, reflecting the growing frustration in Europe over problems with the Covid-19 immunization program. The European Commission said:

“We want to have vaccines as quickly as possible and in line with the agreements.”

The EU was offered the first right of refusal for the AZN-Oxford vaccine, first pre-ordering up to 400m doses of the two-shot course (which would cover almost half the region’s 446m population). 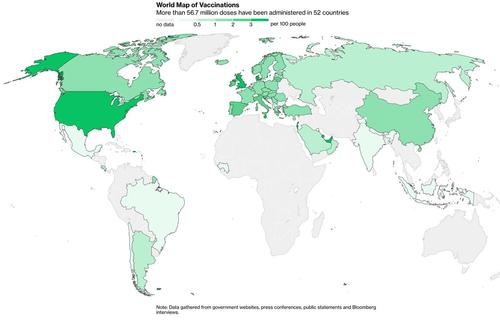 Discontent with the AstraZeneca vaccine is causing some European member states to seek out other alternatives, from Russia or China.

Earlier, Hungary leader Viktor Orban, who has been frustrated by Brussels’ leadership, signed a deal to do exactly that, signing a major order for vaccines from Chinese company Sinopharm

“We have several million Chinese vaccines we could get tomorrow morning or in a few days.”

As Bloomberg notes, the EU hasn’t approved vaccines from China and Russia, which have disclosed less safety and testing information than their western rivals, though member states have the right to sidestep the bloc’s drugs regulator in emergencies.

Even as deaths and hospitalizations start to slow, we suspect we will we see leaders follow Orban’s lead, choose to use rival shots, as the battle royale for world vaccination begins.