On Sunday, Spanish National Police tweeted a bust video as agents detained 12 suspected drug traffickers. After the arrests, the video transitioned to the uncovering of cocaine. 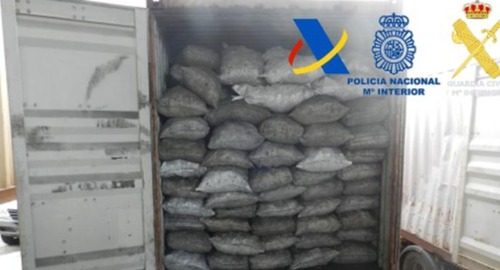 Police said the drug smuggling network extended from Spain to Paraguay and Brazil. For more than a year, investigators tracked the smugglers from South America building legitimate businesses in Spain as a front for their criminal operation.

The operation was overseen by two families in Brazil and Paraguay, who coordinated cocaine shipments. Cocaine was then smuggled within cargoes of charcoal, agricultural products, and medical devices.

Police said cryptocurrencies were used to launderer money, which is popular with many criminal groups worldwide.

During the investigation, 200 containers sent to Spain from Brazil and Paraguay were searched, including 16 homes and businesses.

How Does All Of This End?