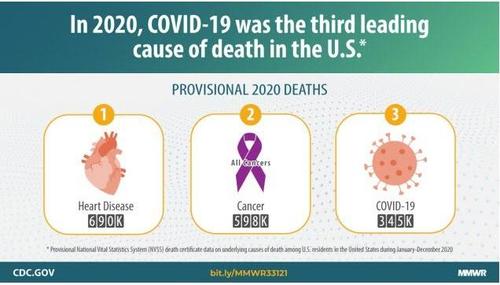 This data kinda puts into focus how warped we have become by the fear-mongering fostered upon us. it is difficult to argue with this data. It was lifted from the Provisional Mortality Data — United States, 2020 | MMWR report.

Total deaths in America in 2020, according to the U.S. Centers for Disease Control and Prevention (CDC) came in at 2,913,144. Considering that there were 2,845,793 deaths in 2019 and 2,831,836 deaths in 2018, this is not surprising. If you ballpark America’s population at 333 million, 1% of that number is 3.3 million people. While many people find it distressing, the fact is people die. Also, this curse tends to descend upon people that are older. One of my favorite lines comes from a great old gal I knew, when she was 98, she informed me she no longer bought green bananas.

Leave it up to the media to spinning the increase in deaths as proof Covid has devastated our country, such an article appeared on ABC near the end of December. The article hyping the number was titled: “US deaths in 2020 top 3 million, by far most ever counted.” (https://abcnews.go.com/Health/wireStory/us-deaths-2020-top-million-coun…) It went on to say, 2020 will go down as the deadliest year in U.S. history, with deaths topping 3 million for the first time.

Stimulus and Covid-19 attitudes reflect declining math skills. The fact the light simply doesn’t come on in the minds of the majority of people as to how far off course we have traveled is astounding. Much of this could be attributed to the dumbing down of America. Some people consider this a planned effort by the government and those in charge of our general well-being to make the masses more malleable.

The idea of “dumbing down,” is the deliberate oversimplification of intellectual content in education, literature, and cinema, news, video games, and culture. Originated in 1933, the term “dumbing down” was movie-business slang, used by screenplay writers, the idea was to revising things to appeal to those of little education or intelligence”. Dumbing-down varies according to the subject matter, but almost always results in the diminishment of critical thought.

It could be argued that modern culture has gone off the rails. This is reflected in programs developed to entertain us. One example is the Beavis and Butt-Head Animated MTV series. It is about two teenage heavy-metal music fans who occasionally do idiotic things because they’re bored. The problem we face is that it is not just children that while away the hours watching this garbage but bone idle adults also waste a great deal of their time engaged in the same activity rather than looking for more productive things to do.

Circling back to the crux of this article, we should be viewing Covid-19 and the size of the stimulus packages through mathematics rather than a prism of emotion. When it comes to the pandemic the general dumbing down of America the nation’s poor math skills comes front and center. Again, setting America’s population at 333 million, 1% of that number is 3.3 million people. It should not come as shocking news that roughly one percent of the population dies each year from old age or disease. As for the cost of this poorly handled pandemic that has led to the devastation of America and caused the national debt to go explode, that is a whole other story.

Using the same population figure as above, every billion dollars spent by the government represents an outlay of $3 for every man, woman, and child in America. This means each trillion dollars spent is equal to $3,333. To keep things simple let’s just go with the six trillion figure, $3,333 times six show a huge $19,998 of new “stimulus” or debt has been created for each of us over the last year. Round this number up by two dollars and multiply it to represent a family of three and we are looking at a mind-blowing $60,000 per family. This is why incomes have risen to an all-time high while tens of millions of workers have sat at home during the lock-downs.

While many of us argue that COVID-19 should not be called a major public health threat anymore and see it as having reached endemic status (like the seasonal flu), the fearmongers with an agenda continue to warn us of future death and chaos. The big threat now being a new variant of SARS-CoV-2 that is, allegedly, now “causing huge problems” in Europe. In a mid-March 2021 while appearing on MSNBC News, National Institutes of Health director Dr. Francis Collins expressed dismay at something that was beginning to happen across America by pointing at Florida, he said:

“Oh my God, Florida, stay out of the bars with your masks off! What are you doing? This is exactly the wrong thing to be doing unless you want to end up where Europe is.”

During the last year, we have lived in a world we could hardly have imagined when all this started. As expected, new variants of this virus are emerging and there will be many new strains in the future. In the same way, the seasonal flu changes and evolves from year to year history indicates as viruses mutate within a population over time, they tend to become more benign. Still, we could ask, why we let things unfold as they have or how this happened? Sadly, most of us know the answer. 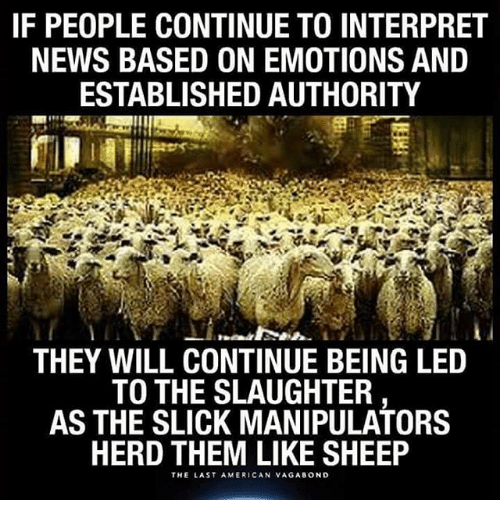 While many so-called experts say follow the science, I say, follow the math. Using math as a tool we can shed some logic upon the rather chaotic situation we find ourselves in. It appears much of the world has been blinded by those seeking to implement a “Great Reset” of the global economy, our social structure, and our culture. Entering into this is the squelching of free speech and censorship. All this has gone full tilt and we are under a full-court press to halt any comeback on the part of rational human beings to exert real influence on our future.