The latest round of stimulus checks led to GameStop stock surging, according to a money manager.

“I think wherewithal from governmental stimulus ultimately is really the cause,” Jeffrey Gundlach, a billionaire bond-fund manager, said during an appearance on Fox Business.

Congress passed and then-President Donald Trump signed late last year a fresh CCP virus relief package that included $600 checks to most Americans. The checks began being sent out on Dec. 29. 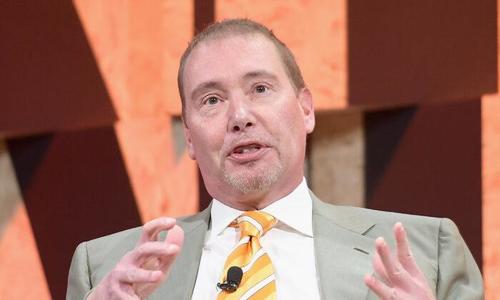 GameStop stock began surging last month, spurred by retail investors urging each other to buy on a Reddit subforum. Gundlach asserted the rise was due mainly to the relief package.

“In this case, thanks to primarily, I would say, governmental policy, there’s wherewithal among investors, if you want to call them that, or speculators, with government money being sprayed all over the place, with checks to people, that they have the wherewithal to put together into a real capital base. And in this case, there were 2.1 million people that somehow got organized on Reddit and managed to get about $20 billion of buying power,” he said.

Large gains came, in part, because of short positions taken by hedge funds essentially betting on the downfall of GameStop, a video game seller. 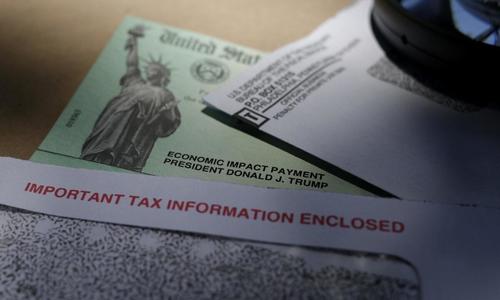 A stimulus check issued by the IRS to help combat the adverse economic effects of the CCP virus outbreak, is seen in San Antonio, Texas, on April 23, 2020. (Eric Gay/AP Photo File)

Some posts on the subforum, WallStreetBets, support Gundlach’s position. Users wrote that they used the stimulus money to invest. “A lot of us turned that 1,200 into way more than 1,200,” one wrote this week.

But others said they invested with funds unrelated to the stimulus.

“It’s very, very strange. This is the euphoria of market tops. I’m not saying we’re going to have an imminent crash, but it definitely reeks of bubblish-type corrections.”

“This is something where it builds hubris,” he said. “It builds confidence, and then people will get reckless with their positioning.” he added. “These things just can’t continue to persist. It is some form of collusion. But I don’t know if it’s prosecutable.”

The Securities and Exchange Commission, the top financial regulator in the United States, said Friday it was reviewing recent trading volatility with the Financial Industry Regulatory Authority (FINRA).

“We will act to protect retail investors when the facts demonstrate abusive or manipulative trading activity that is prohibited by the federal securities laws,” it said in a statement. “The commission is working closely with our regulatory partners, both across the government and at FINRA and other self-regulatory organizations, including the stock exchanges, to ensure that regulated entities uphold their obligations to protect investors and to identify and pursue potential wrongdoing.”