Authored by Michael Maharrey via ShiffGold.com,

The US government is stimulating everybody. Just not you. 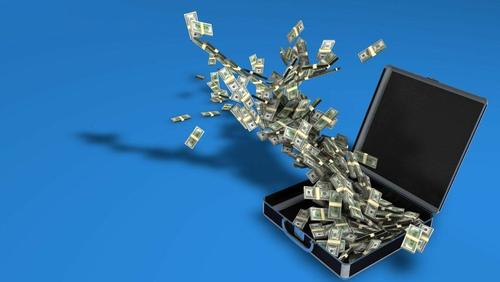 Congress finally pulled together a stimulus deal. Both houses of Congress passed the $900 billion measure. It ranks as the second-largest spending bill in history, only behind the CARES Act passed earlier this year.

The headline provisions include $600 stimulus checks to individuals earning under $75,000 per year, a $300 per week unemployment supplement, more money for Paycheck Protection Program loans and funding for coronavirus vaccine distribution to the tune of over $8 billion. The bill extends the federal eviction moratorium through Jan. 31 and sets aside $25 billion in rental assistance.

Of course, there is a lot more in this 5,500-plus page bill. In fact, hardly anybody knows everything included in this massive spending boondoggle. But I can assure you, most of this money will do nothing to support that average American who will ultimately foot the bill.

In fact, the House voted to suspend the rule requiring 72 hours to allow members to read the bill before a vote. Rep. Thomas Massie (R-Kentucky) tweeted that the House was voting on the massive spending measure with less than 8 hours to read it. I don’t know about you, but I can’t read 5,500 pages in eight hours. “Most of my colleagues will vote for this 5000+ page bill without even knowing this is in it…” Massie tweeted.

I feel safe saying nobody who voted for this bill actually read it.

A Few Crumbs for Main Street

I want you to pause and think about this for a moment. Government policies have shut down businesses for months, wrecked the economy, thrown millions out of work and you get $600 for your trouble.

Sen. Mitch McConnell called it a “historic rescue package,” but if you ask me, it’s more like tossing a drowning man a Lifesavers candy tied to dental floss.

So, while you try to figure out how to spend your paltry $600, consider some of the other folks who will be getting a big fat handout from Uncle Sam.

The bill does include $13 billion for food aid to increase the maximum Supplemental Nutrition Assistance Program benefit by 15%. I suppose that’s a benefit to Main Street.

Meanwhile, the airlines will get yet another bailout of $15 billion. That’s on top of the $25 billion US air carriers got in the CARES Act.

There is more transportation money in the bill.  The legislation allocated $14 billion for transit systems and $10 billion for state highways. This seems a little silly given that we’re all supposed to stay home.

The bill includes $82 billion in education funding, including more than $54 billion for public K-12 schools and nearly $23 billion for higher education. Too bad a lot of kids around the country aren’t allowed to go to school.

There was $7 billion included in the bill to fund expansions in broadband access.

Now, I would argue that most of this spending is only peripherally related to the pandemic and it really more of a cash cow for various special interests. But you can at least argue that most of the funding I’ve mentioned so far is at least tangentially beneficial to average Americans. But if you do the math, you will quickly realize we’re nowhere close to $900 billion. Where is the rest of the money going? God only knows. But I am willing to bet that more than $600 will be going into the pockets of various Wall Street interests.

A Hot Loaf of Bread for the Rest of the World

Meanwhile, the coronavirus bill was tied to other spending measures that passed yesterday. While McConnel pats himself on the back for saving your bacon with a $600 handout, he and his minions in Congress just showered billions of dollars (that you and your progeny will ultimately have to pay back) on people all over the world. Here are just a few of the other things Congress funded yesterday.

As a friend of mine put it, “It appears ‘economic stimulus’ for ‘working families’ actually means 4 out of every 5 dollars goes to special interests; you 320 million people split the last dollar.”

You’re Going to Pay for This

I feel compelled to remind you that somebody has to pay for this. That will be you.

It’s only a matter of time before Joe Biden and his buddies in Congress will be calling for tax hikes. But that’s not the worst of it. The real tax will be the inflation tax, and it won’t just be paid by “the rich.”

Lost in all of this is that all of this money will be borrowed. This coronavirus stimulus bill alone will add nearly $1 trillion to the already enormous budget deficit. This means more Treasuries flooding the market. In a sane world, this would push bond prices lower and drive interest rates higher. But we don’t live in a sane world. The Federal Reserve will put its thumb on the bond market and it will monetize all this debt through more bond purchases. It will create more money out of thin air and inject it into the economy, adding to a money supply that is already increasing at a record pace.

As Peter Schiff said in a recent podcast, the dollar’s loss is not America’s gain. You will pay for your $600 stimulus check, and your enhanced unemployment, and your expanded broadband access. And you will pay dearly in a loss of purchasing power.

If it weren’t for the Fed backstopping the bond market and monetizing the debt, interest rates would already be rising, exposing the fact that the US government has already gone beyond the limits of “sustainable” deficits. The question is whether or not the Fed can keep doing this indefinitely and the answer is no. As Peter said after the last Fed meeting —

Eventually, the dollar has to give way.”