“There is a long way to go to maximum employment.”

Additionally, Powell says it could take more than three years to hit that 2% average inflation target.

“I’m confident that we can and that we will and we are committed to using our tools to achieving that. The three-year time frame is actually an arbitrary 3-year time frame chosen by us. And you know, we’re just being honest about the challenge.

“We live in a time where there is significant disinflationary pressures around the world and where essentially all major advanced economy’s central banks have struggled to get to 2%. We believe we can do it, we believe we will do it. It may take more than three years but we’ll update — every quarter we update that assessment and we’ll see how that goes.”

Then Fed Governor Lael Brainard, who has become an increasingly vocal and potentially influential policy maker, has released a speech that echoes Powell in its dovishness:

“The economy remains far from our goals in terms of both employment and inflation, and it will take some time to achieve substantial further progress.” 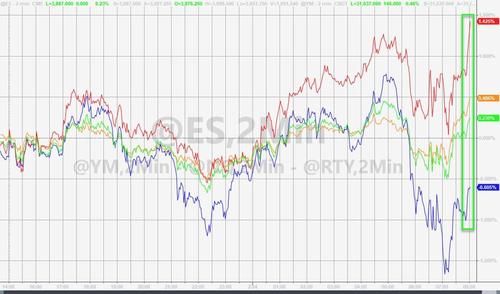 And also put a bid under bonds, with 30Y yield snow down 5bps from the intraday highs… 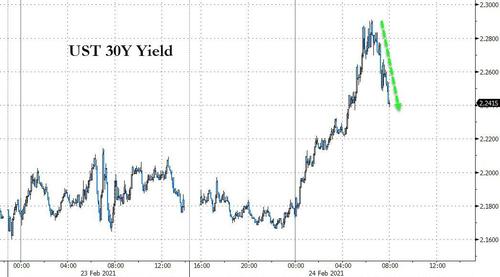 “This was as downbeat an assessment as he could have mustered. Nothing shifted thereafter, with Powell continuing to emphasize the way the recession has fallen disproportionately on minorities, and persistently stressing the downside rather than the upside risks to inflation.”

So bad news is good news?!

Oh and don’t worry about the bubble:

“There are some asset prices that are elevated by some measures,” Powell says. Overall, it’s a “mixed picture,” adding that leverage in the financial system is moderate.

Cali Couple Who Paid $560,000 Cash For New Home Can’t Get Covid-Squatter To Leave