Having blown out the yield curve control barrier two weeks ago, Bloomberg reports that Bank of Japan officials are looking at ways to enable yields to fluctuate more freely in their policy review. 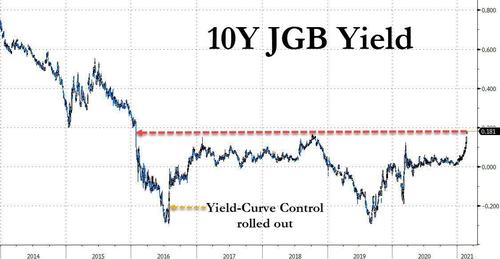 This comes after Governor Haruhiko Kuroda appeared to rule out a widening of the range during comments in parliament on Friday that caused yields to tumble. 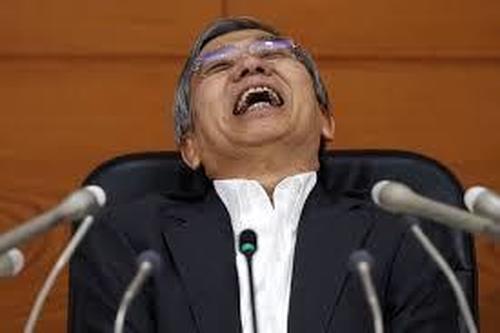 But, his deputy, Masayoshi Amamiya, seemed to walk back those comments on Monday by saying yields could fluctuate more as long as that didn’t impair the effect of monetary easing, sending yields up again.

According to people familiar with the matter, some of the officials want to find ways to generate more fluctuations while sticking with the current movement range of around 20 basis points either side of the BOJ’s zero target on 10-year government debt.

This implies less ‘easing’ as policymakers are willing to allow more volatility before rescuing the world.

The reaction is a bid for JPY… 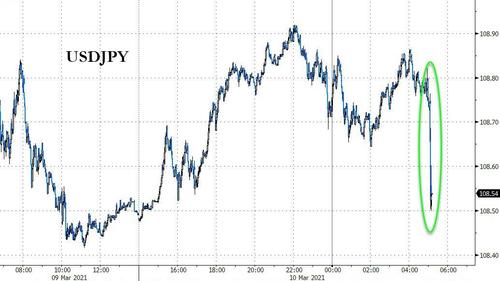 and US futs are unhappy 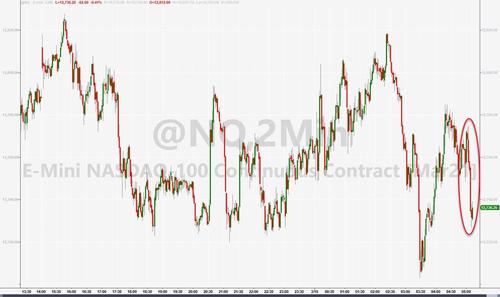 Finally, we note that Bloomberg does point out that, according to the same people, while officials think more yield movements could help improve the functioning of the bond market, no conclusions have been reached on how to achieve this before the review next week.

Gains Are Unreal, Losses Are Real