The IPO hiccups experienced by Uber and Lyft and collapse of WeWork’s IPO are distant memories for investors, who have continued to throw money at Silicon Valley unicorns despite concerns about private valuations growing to dizzying heights.

Well, the latest beneficiary of this trend is Stripe, which has officially clinched the title of “most expensive private company that Silicon Valley has ever produced,” according to the FT.

The payments processor is now worth roughly $95BN. Stripe’s latest financing raised $600M of new equity at that massive valuation. The round included Ireland’s National Treasury Management Agency and financial giants like Allianz, Fidelity, Baillie Gifford, AXA and Sequoia Capital. Stripe was founded in 2010 by Irish brothers Patrick and John Collison (now aged 32 and 30). The firm received plenty of press out the gate thanks to its founders’ young age. But the company’s real break didn’t arrive until COVID, which saw the firm’s valuation nearly triple in the span of a year, sending its valuation into the stratosphere, and north of where Uber and Facebook were at the time of their respective IPOs.

Stripe has ridden the wave of ecommerce growth, with more than 200,000 new companies in Europe signing up to the platform since the start of the pandemic. John Collison said its systems handled almost 5,000 requests a second in 2020, including payments, refunds, customer data checks and other queries to its application programming interface. “Stripe itself is now bigger [by payment volumes] than the entire ecommerce market was when we started working on Stripe,” he added.

This lofty valuation, according to the FT, reflects a boom in e-commerce and digital payments activity, and it has also benefited Stripe rivals like Adyen and Square, as well as Checkout.com, a London-based payments start-up. 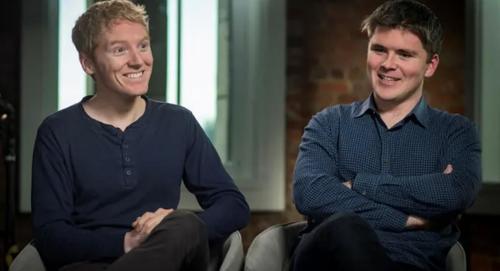 But with inflation rising as the latest batch of stimulus checks land, some analysts are warning that valuations like Stripe’s simply aren’t sustainable.

The Collison brothers sold their first company (a tool for eBay customers) for €3M back in 2008, transforming the then-teenaged brothers into millionaires. They then went on to create Stripe with backing from Peter Thiel and Elon Musk. Ironically, Stripe has leapfrogged Musk’s SpaceX to become the most highly valued private enterprise in the world. Here’s a review of the valuation’s ascent.

Reading the tea leaves, Stripe’s decision to bring on a smattering of experienced corporate officers to its board suggests a public offering isn’t far away.

Former Bank of England governor Mark Carney and Christa Davies, chief financial officer at Aon, both joined Stripe’s board earlier this year. The company also brought in Dhivya Suryadevara from General Motors as chief financial officer. Despite the new CFO and board members, whose appointments are often seen as forerunners to a public listing, Stripe has opted to stay private at a time when many other tech companies are going public.

At its current valuation, Stripe is almost too big to go public via SPAC. So, is Stripe really the next trillion-dollar company in the making?

Trillion dollar company in the making. Please go public so we can partake. Please. https://t.co/vFxe3HlYTX

At this rate, could Stripe achieve that trillion-dollar valuation right out the IPO gate?

New York Can’t Buy Its Way Out of Blackouts