Struggling airlines such as United, Delta, and American airlines have dealt with the most challenging year in their companies’ history. Even with vaccine rollouts, 2021 business travel demand is not lifting off as previously anticipated, resulting in airlines routing flights for leisure travel, to areas such as Florida, according to Bloomberg.

Travelers departing from Boston, Cleveland, Milwaukee, and Indianapolis have noticed an abundance of non-stop flights to warmer regions in Florida such as Fort Lauderdale, Fort Myers, Orlando, Key West, and Tampa. 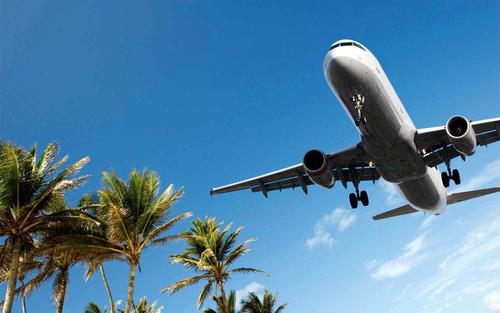 Ankit Gupta, United’s vice president for domestic network planning, said this has to do with “demand.” He said, “the sunshine states are seeing much more travel demand than before, on a relative basis, while it evaporated in the Northeast.”

Tumpowsky said flights from the Northeast to Los Cabos, Mexico, were increased by United, Delta, and American this winter as demand for warmer climates booms. He said the ease of access to warmer areas such as Hawaii, Guatemala City, and the Caribbean with non-stop flights would soon increase among other carriers.

As of January, seat capacity remained at 50% compared with the same month last year. Travel analytics company Cirium estimates that 30% of the global commercial airplanes are in storage.

Airlines are becoming more data-sensitive and will shift flights to hotspot areas. Savvy travelers are taking advantage of cheap airfare this winter to beach towns in the tropics.

Saved You $200,000: How To Get WallStreetBets Realtime Sentiment For Free