The bond sale, which raised $61 billion up from $59 billion last month, was the latest record-sized 5Y auction. 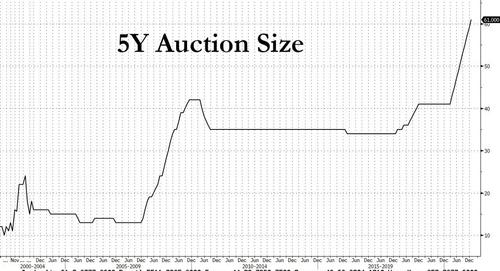 The Bid to Cover of 2.34 was also weaker from last month’s 2.39 and in fact was the lowest since July. 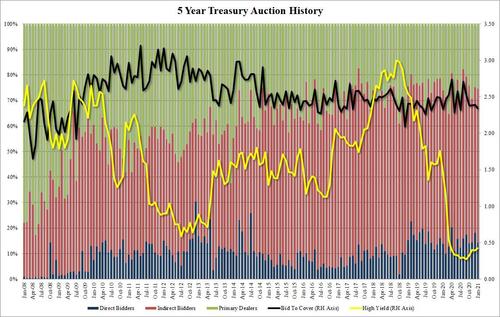 Overall, a forgettable mediocre auction which had no impact on secondary markets, and which is neutral in terms of set up ahead of Thursday’s 7Y auction.

Exxon’s Mega Oil Finds In Guyana Are Just The Beginning