Super Bowl LV ticket prices have plunged in the last couple of weeks in the wake of the COVID-19 pandemic. 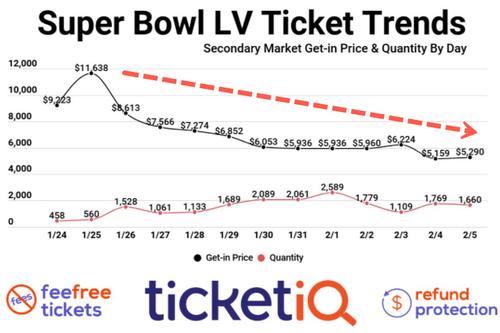 Compared with the last ten Super Bowls, the average $5,290 per ticket is still superior to any other, besides Super Bowl LIV.

StubHub spokesperson Mike Silveira told CBS Sports, “as the event draws closer, we often see prices level off as the market more appropriately sets itself based on demand and inventory.”

While experts fret over the stadium being a super spreader event, a more significant concern is the parties and gatherings not tied to stadium events at bars, restaurants, and house parties around the country.