The US Supreme Court on Monday ordered the dismissal of a pair of lawsuits accusing former President Trump of illegally profiting from his presidency, after several foreign and state government officials patronized his properties – including the Trump International Hotel in Washington, located a few blocks from the White House. 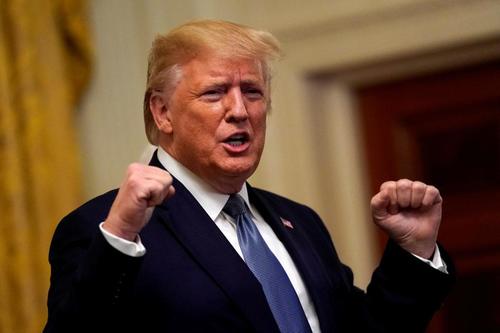 The plaintiffs included hotels, restaurants and the attorneys general of Maryland and the District of Columbia, and accused Trump of violating the Constitution’s two emoluments clauses, according to Bloomberg Law, which notes that “One clause bars a president from accepting benefits from foreign governments without congressional consent, while the other bars receipt of any benefit other than a salary from the U.S. government or a state.”

The cases were dismissed after both sides agreed that the disputes had become legally moot after Trump’s term in office ended on January 20th.

One of the key questions in the cases was who, if anyone, had standing to sue to enforce the emoluments clauses. According to the report, lower courts in both cases said the plaintiffs had legal standing, while the Supreme Court set aside those rulings as part of its Monday order – a step urged by the Trump DOJ. 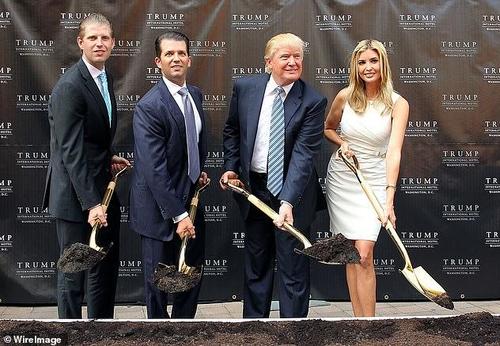 The cases are Trump v. Citizens for Responsibility and Ethics in Washington, 20-330, and Trump v. District of Columbia, 20-331 (via Bloomberg)

According to the Daily Mail, prosecutors have begun looking into a 212-acre property north of New York City called Seven Springs, which NY Attorney General Letitia James is looking at as part of a probe over whether Eric Trump and various corporate entities artificially inflated property values.  A 2012 document values the property at $291 million, while local realtors say it’s worth more like $50 million or less. The Trump organization bought it in 1995 for $7.75 million.

The organization then put part of the property into a land trust via conservation easement, which would leave that portion – 158 acres – untouched and undeveloped, ostensibly resulting in a tax break based on the value of the property. The higher the valuation, the larger the tax deduction.

It [the 158 acres] was appraised at $21.1 million, according to the filings but now investigators are looking to see whether the value was artificially inflated.

‘Valuations of Seven Springs were used to claim an apparent $21.1 million tax deduction for donating a conservation easement on the property in tax year 2015, and in submissions to financial institutions as a component of Mr. Trump’s net worth,’ according to court filings in the New York attorney general’s investigation. –Daily Mail

The probe into Trump’s finance originated after Vane opened an investigation into hush-money payments made to two women prior to the 2016 election, who claimed they had sexual relations with Trump.

Vance notably came under fire in 2018 over a 2015 decision not to pursue charges against Harvey Weinstein – after an attorney for the movie mogul gave Vance $24,000, while another attorney sent $10,000 following the decision.

Booze And Chocolate May Be Set For A Comeback

Is Bitcoin Strangling The Other Cryptocurrencies?