The US Supreme Court on Tuesday will hear arguments in two Republican-backed vote integrity laws in an Arizona case which could affect how the nation’s lower courts resolve election disputes over ballot harvesting and casting ballots in the wrong precincts. 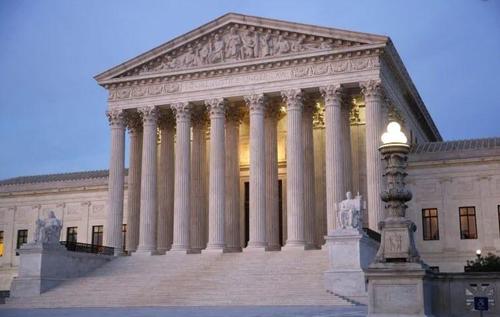 The case, for which virtual oral arguments will begin on Tuesday, will be a test of the Voting Rights Act – which the Supreme Court significantly pared back in 2013, according to NBC News.

Two Arizona laws are at issue in the virtual oral arguments before the justices. One requires election officials to reject ballots cast in the wrong precincts. The other concerns voting by mail and provides that only the voter, a family member or a caregiver can collect and deliver a completed ballot. -NBC News

“Prohibiting unlimited third-party ballot harvesting is a commonsense means of protecting the secret ballot,” argued the state in court filings, while the out-of-precinct rule is designed to prevent people from voting multiple times.

Arizona officials and the state Republican Party are joined by 19 largely Republican-led states in Tuesday’s case. The state is one of about 20 states which limits ballot collection – as existing law only allows a limited category of people to handle another person’s completed ballot, such as family, caregivers, mail carriers and election officials – not community groups going door to door to harvest ballots, which Republicans argue provides an opportunity for voter fraud.

“As a result, many voters — a disproportionate share of whom are minorities — have come to rely upon friends, neighbors, activists, and campaigns to collect and deliver their voted mail ballots,” the DNC brief states. “Ballot-collection assistance is particularly crucial in the final days before an election when it is too late to return ballots by mail.”

Democrats also argue that minorities move more often and are less likely to own homes, requiring them to change polling locations more often.

That said, a 2017 report by the US Census Bureau found that renters were moving at all-time low rates, while Pew Research found in 2008 that blacks and latinos move just 7% more than whites.

Arizona rejects the most out-of-precinct ballots by far, rejecting 11x more ballots than the next-highest state according to NBC News. Democrats argue that minority voters are more likely to need help turning in their ballots, which the report fails to explain.

Previously in the case, the 9th Circuit Court of Appeals out of San Francisco overturned a federal judge in Arizona, so the state appealed to the Supreme Court.

In the past, the Voting Rights Act required states with histories of discrimination to get permission from courts or the Justice Department before changing election procedures. The test was whether a change would leave minority voters worse off. But in 2013 the Supreme Court suspended the preclearance requirement, ruling that Congress failed to properly update the formula to determine which states should be covered.

Under what’s left of the law, the 9th Circuit said, state election provisions can be blocked if they disproportionately affect a racial minority’s ability to participate in the electoral process and elect candidates of their choice and if the state has a history of discriminating against voters in that minority group. It concluded that the two Arizona laws failed those legal tests. -NBC News

Arizona Republicans argue that challenged voting laws should require proof of a ‘substantial disparity’ in opportunity for minority voters to participate in the election – as opposed to an ‘incremental burden.’ So, for example, when the state considers a challenge to a law closing the polls half an hour earlier, courts should consider the entirety of the election system – including whether voters have other opportunities, such as vote-by-mail or early voting.

Arizona Democrats, however, say that existing law does not require proof of a “substantial disparity,” and that no requirement exists that a minimum percentage of minority voters were disaffected.

According to the American Civil Liberties Union (ACLU), Arizona’s test would impose “a categorical approach under which laws that are relatively commonplace, or that do not make voting altogether impossible, are largely immune from liability.”

Texas Senator Ted Cruz and other state Republicans say the interpretation of the law advocated for by Democrats would throw any neutral voting laws into jeopardy if it results in an unequal opportunity to vote whenever “a challenger identifies a minimal statistical racial disparity related to the law — and then points to completely separate, long past, invidious voting discrimination.”

A ruling in the case is expected by the summer.

Restart, Reset, Or Renew? The Strategy Against Iranian Nuclear Ambition