Restaurants continue to change their processes to improve the customer experience in a virus pandemic. Under the guise of social distancing, Taco Bell has opened a “digital-only” fast-food shop in Times Square that customers can only order food online or through automated kiosks.

These modern features of digital-only ordering and pick-up will minimize customer to employee interaction. The digital-only front-end of the eatery allows for more convenient pick-up.

“Built with the energy and on-the-go vibrance of the city in mind, the newest restaurant embraces technology in a whole new way to serve the demands of New Yorkers,” Taco Bell said in a press release. 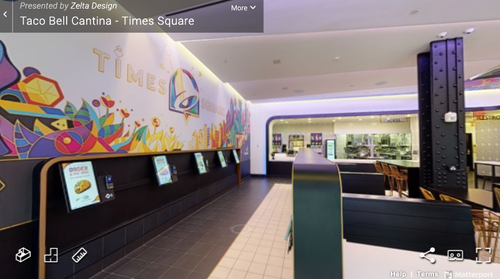 The simplified design will keep employees in the backend of the fast-food joint occupied with fulfilling orders. The disbandment of cash registers at the new Taco Bell Cantina in Times Square will require fewer employees to run operations. 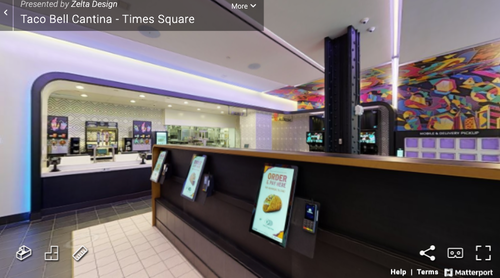 The restaurants have a smaller footprint than a traditional Taco Bell and offer more modern and upscale designs and alcohol. So far, 20 Cantinas across New York’s five boroughs are already open (though the only digital-only one is in Times Square).

Other restaurant chains, like Chipotle Mexican Grill and Starbucks, have been opening digital-only ordering and pick-up. The focus is not just to minimize human labor but also to increase pick-up orders forced by the virus pandemic. The first digital location Taco Bell opened was in London in 2020.

The automated concept could be standard at all Taco Bells by the end of this decade as restaurants pivot towards automation and artificial intelligence, which will displace workers, leading to a surge in technological unemployment.

Yum Brands, which owns KFC, Pizza Hut, Taco Bell, The Habit Burger Grill, and WingStreet worldwide, except in China, will likely expand automation and artificial intelligence in all its stores over this decade.

What’s frightening is when Yum begins to use robot chefs to automate the backend of the restaurant – essentially eliminating human food preppers. Already, KFC is testing what it calls the “restaurant of the future,” where automation and artificial intelligence dominates the front and back end.

Big corporations are preparing to replace low-skill and low-paid workers with all sorts of new technology through 2030, displacing millions of them. Many of these restaurants will be entirely contactless.

All of this suggests technological unemployment is set to skyrocket in the coming years. So then what to do with all the displaced workers? Nothing like starting a war can help dig the economy out of the rut that it’s currently in and resolve the unemployment situation.

Dollars Are Flooding Into China At A Record Pace