Taibbi: The Prophet Of The Trump Era

I entered Martin Gurri’s world on August 1, 2015. Though I hadn’t read The Revolt of the Public, at the time a little-known book by the former CIA analyst of open news sources, I hit a disorienting moment of a type he’d described in his opening chapter. There are times, he wrote, “when tomorrow no longer resembles yesterday… the compass cracks, by which we navigate existence. We are lost at sea.” 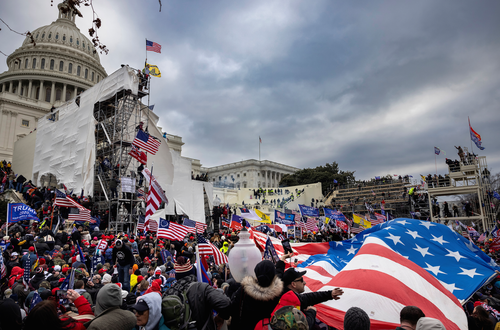 Gurri’s book is about how popular uprisings are triggered by collapses of faith in traditional hierarchies of power. I felt such a collapse that day in Waterloo, Iowa, covering the Republican presidential primary. The first debate was five days away and the man expected to occupy center stage, Donald Trump, held a seemingly inexplicable six-point lead.

Two weeks before, on July 18th, Trump lashed out against former Republican nominee John McCain. Even McCain’s critics considered his physical and mental scars from years as a Vietnam war prisoner to be unassailable proofs of his patriotic gravitas, but the service-evading Trump was having none of it. “I don’t like losers,” he said, adding, “He’s only a war hero because he was captured.” It was the universal belief among colleagues in campaign journalism that this was an unsurvivable gaffe, a “Dean scream” moment. We expected him to apologize and wash out. Instead, he called McCain a “dummy” and kept a firm grasp on the lead.

A different candidate, New Jersey governor Chris Christie, was in Waterloo. Two years before, Time all but dubbed Christie the favorite for 2016 with a silhouette cover portrait, over the nastily shallow (but publicity-generating) double-entendre headline, THE ELEPHANT IN THE ROOM. Christie was every Washington consultant’s idea of a “crossover” superstar. I’d describe the concept in Rolling Stone as someone “mean enough for the right-wing, but also knows a gay person or once read a French novel.”

Christie parked himself in the middle of Waterloo’s annual “Irish fest” street fair, waiting for an Iowan to ask for a souvenir campaign handshake. He had his hand out and thumb stuck upwards, like an Iguanodon. Nobody came. Kids ran around him like he was a shrubbery. Two young women, giggling about something that clearly had nothing to do with him, walked his way, separated just long enough to avoid hitting him, then linked up again a few yards down. He eventually posed with a few passersby, but the rubbernecking that usually attends the arrival of any “famous politician” was conspicuously absent.

Later, I sat in the park discussing Trump’s stubborn grasp on the lead with another reporter, an Iowan. “It’s amazing,” he said, shaking his head. “We’re beating the shit out of the guy, and he just won’t die.” He compared it to a nightmare, where you stab an attacking monster over and over, and nothing happens.

Elections in the pre-Trump era had been stale rituals. As recently as 2013, Chris Cillizza of the Washington Post called them “remarkably scripted and controlled.” Donors, party chiefs, and pundits could concoct contenders through sheer alchemy, mesmerizing the public with incantations like “electability.” But in Iowa that summer, one “electable” Republican candidate after another — from Jeb Bush to Scott Walker to Marco Rubio — flopped in public appearances, savaged as phonies on social media. Walker, the betting favorite among reporters, saw his campaign deflated when his online strategist, Liz Muir, started tweeting her real feelings about Iowa (including the classic, “#agsubsidies #ethanol #brainless”).

I’d spent weeks crisscrossing the state in search of even one piece of evidence that conventional wisdom still had predictive power in Republican politics, finding none. Now, here was Christie, reduced from being lionized in a Time cover story as a favorite and a “guy who loves his mother and gets it done,” to being nobody at all, a clown standing alone in a park. The realization that no one was in control of the campaign show anymore was jarring even to me, a critic of the old gatekeeping ritual.

In the introduction to The Revolt of the Public, Arnold Kling speaks of a different “Gurri moment”: when Dan Rather’s 2004 expose about George W. Bush’s military service was blown up by an amateur blogging under the name “Bucklehead.” In the past, a media titan like CBS could only be second-guessed by another major institutional power. In “Rathergate,” both the network and one of its most iconic celebrities were humiliated by a single individual, a preview of the coming disorientation.

The thesis of The Revolt of the Public is that traditional centralized powers are losing — have lost — authority, in large part because of the demystifying effect of the Internet. The information explosion undermined the elite monopoly on truth, exposing long-concealed flaws. Many analysts had noted the disruptive power of the Internet, but what made Gurri unique is that he also predicted with depressingly humorous accuracy how traditional hierarchies would respond to this challenge: in a delusional, ham-fisted, authoritarian manner that would only confirm the worst suspicions of the public, accelerating the inevitable throw-the-bums-out campaigns. This assessment of the motive for rising public intransigence was not exactly welcomed, but either way, as Kling wrote, “Martin Gurri saw it coming.” 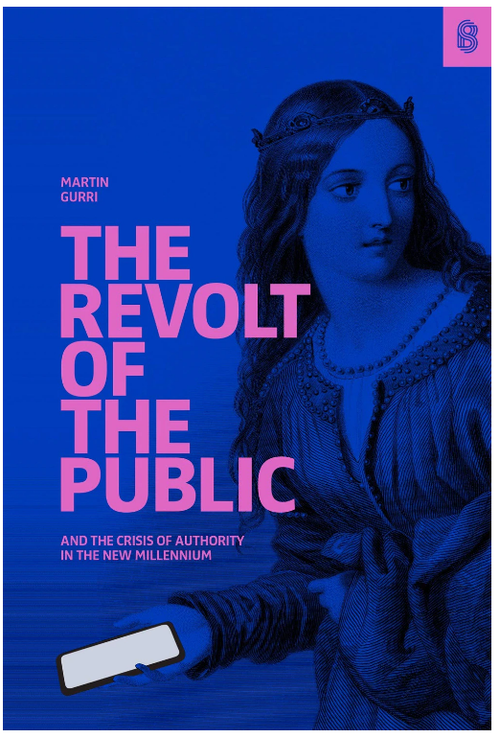 Gurri also noted that public revolts would likely arrive unattached to coherent plans, pushing society into interminable cycles of zero-sum clashes between myopic authorities and their increasingly furious subjects. He called this a “paralysis of distrust,” where outsiders can “neutralize but not replace the center” and “networks can protest and overthrow, but never govern.” With a nod to Yeats, Gurri summed up: “The center cannot hold, and the border has no clue what to do about it.”

CNN: Amend Constitution To Prevent Trump Or Anyone Like Him Having Power Again