Taibbi: Why Dems Pushing To Censor Fox News Is “An Insanely Stupid Idea”

Authored by Matt Taibbi via TK News, (emphasis ours)

Two and a half years ago, when Alex Jones of Infowars was kicked off a series of tech platforms in a clearly coordinated decision, I knew this was not going to be an isolated thing.

Given that people like Connecticut Senator Chris Murphy were saying the ouster of Jones was just a “good first step,” it seemed obvious the tactic was not going to be confined to a few actors. But corporate media critics insisted the precedent would not be applied more broadly.

“I don’t think we are going to be seeing big tech take action against Fox News… any time soon,” commented CNN’s Oliver Darcy.

Darcy was wrong. Just a few years later, calls to ban Fox are not only common, they’re intensifying, with media voices from Brian Stelter on CNN to MSNBC analyst Anand Giridharadas to former Media Matters critic Eric Boehlert to Washington Post columnists Max Boot and Margaret Sullivan all on board. 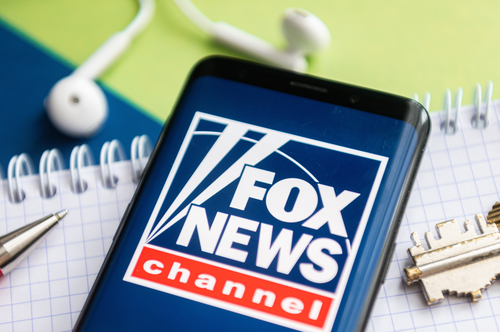 The movement crested this week with a letter from California House Democrats Anna Eshoo and Jerry McNerney, written to the CEOs of cable providers like Comcast, AT&T, Verizon, Cox, and Dish. They demanded to know if those providers are “planning to continue carrying Fox News, Newsmax, and OANN… beyond any contract renewal date” and “if so, why?”

The news comes in advance of Wednesday’s House Energy and Commerce Committee hearing on “traditional media’s role in promoting disinformation and extremism.”

This sequence of events is ominous because a similar matched set of hearings and interrogations back in 2017 — when Senators like Mazie Hirono at a Judiciary Committee hearing demanded that platforms like Google and Facebook come up with a “mission statement” to prevent the “foment of discord” — accelerated the “content moderation” movement that now sees those same platforms regularly act as de facto political censors.

Sequences like this – government “requests” of speech reduction, made to companies subject to federal regulation – make the content moderation decisions of private firms a serious First Amendment issue. Censorship advocates may think this is purely a private affair, in which the only speech rights that matter are those of companies like Twitter and Google, but any honest person should be able to see this for what it is.

Press freedoms have been in steep decline for a while. Barack Obama’s record targeting of whistleblower sources (and in some cases, journalists themselves) using the Espionage Act was a first serious sign, followed by Donald Trump’s prosecution of Julian Assange. We progressed to a particularly dangerous new stage in recent years, with oligopolistic tech companies, urged on by politicians, engaging in anticompetitive agreements to suppress political voices on both the left and the right.

Those gunning for the removal of Fox, Newsmax, and other outlets are clearly not interested in getting there by way of the law. They want to take advantage of the hyper-concentration of power among media distributors — the tech giants like Apple and Amazon that can zap a massively successful app like Parler overnight, and the confederation of cable carriers like Comcast, AT&T, and Verizon that hold dominion over broadcast networks.

Three Records Broken In 2020 That Were Less Than Ideal

How Can These Two Trends Coexist?