Taiwan’s military has made an extremely rare admission that could hasten China’s efforts to bring the democratic island to heel. A top official acknowledged on Thursday that Taiwan has initiated mass production of long-range missiles capable of striking mainland China.

In addition to one missile type now in production, the military said three others are currently in development. The information which is sure to raise alarm bells in Beijing came during testimony by Taiwan’s Defense Minister Chiu Kuo-cheng in front of parliament.

While taking lawmakers’ questions he indicated that putting in place a long-range attack capability is seen as “a priority” by the nation’s armed forces amid a broader modernization and overhaul of its defenses – efforts backed by the United States.

The key part of the exchange was captured by Reuters as follows:

“We hope it is long-range, accurate, and mobile,” he said, adding research on such weapons by the state-owned National Chung-Shan Institute of Science and Technology had “never stopped.”

Standing next to Chiu, the institute’s deputy director Leng Chin-hsu said one long-range, land-based missile had already entered production, with three other long-range missiles in development.

Leng said it was “not convenient” for him to provide details on how far the missile could fly.

The region is already on edge given what are now weekly and almost daily incursions by Chinese aerial patrols. In the past months this has sometimes included a half-dozen Chinese H-6K strategic bombers or more making aggressive maneuvers in breach of Taiwan’s defense zones.

The United States as the main supplier of arms to the island has also been condemned by Beijing for violating the ‘One China’ status quo, particularly because of the series of major weapons sales approvals during the last six months of the Trump administration. 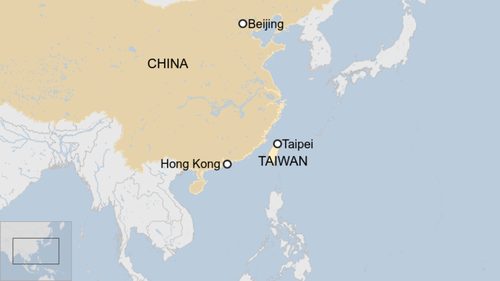 While Biden said Thursday during his first presidential press conference that he “doesn’t want confrontation” with China he’s done little in terms of rolling pack ‘confrontational’ Trump policies – but quite the opposition – he’s arguably actually increased the pressure.

Re: An American Classical Liberalism