This is not the ideal time to own an apartment building. Millions are struggling to pay rent and despite the extension of the federal eviction moratorium through Jan. 31 in the latest stimulus bill, a lot of people will likely face eviction in the coming months. According to data released in November, 17 million households are behind on rent or mortgage payments. 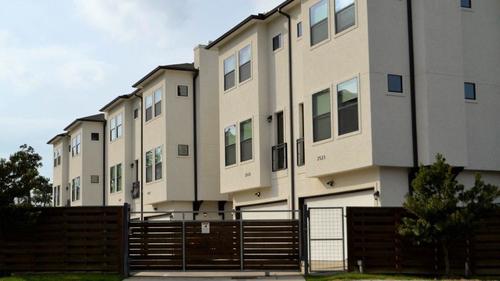 Of course, this has a trickle-down effect. If renters can’t pay their rent, that makes it difficult for apartment building owners to keep up with their mortgage payments. If they default, who’s on the hook?

Increasingly, the US taxpayer.

Uncle Sam backs these loans through Government Sponsored Enterprises (GSEs), such as Fannie Mae and Freddie Mac, along with government agencies such as Ginnie Mae. GSEs often securitize these loans into commercial mortgage-backed securities (CMBS) that are sold to investors. This practice with single-family home mortgages led to the housing crisis in 2008.

In simple terms, government-backed means that the US taxpayer is ultimately on the hook for any losses.

The US government got into multifamily real estate debt during the 2008 financial crisis. According to WolfStreet, up to that point, government-backed multifamily debt was about on par with the holdings of banks and thrifts. Since then, the government’s share (blue line in the chart below) has shot up to nearly 50%. 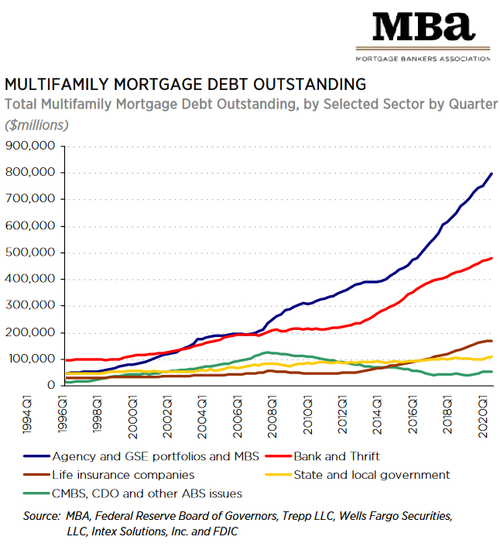 At this point, apartment building owners are holding on by the skin of their teeth, hoping the pandemic relents and the economy improves. If not, we could see a lot of mortgage defaults on the horizon. The situation is particularly dire in big cities where there is an exodus of people and plunging rents. As WolfStreet put it, “Landlords anywhere afflicted by renters not making rent payments, protected by eviction bans, are still trying to make mortgage payments on their rental properties, hoping that the surge in vacancies and non-payment of rents are short-term phenomena and that people will come back and fill those apartments and that tenants will catch up with the rent.”

If not, taxpayers will once again be left holding the bag.

Navalny Case Is Naked Admission of Spooks and Media Collaboration