In a hugely significant example of Biden saying with his actions that essentially ‘Trump had it right’ on Afghanistan – the White House has confirmed it’s sending top negotiators to the Middle East to continue peace negotiations with the Taliban which had controversially started as part of Trump’s Afghan withdrawal plan.

For the first time in the Biden administration it will send US Special Representative for Afghanistan Reconciliation Zalmay Khalilzad to the region, who crucially had been Trump’s longtime special representative that secured a breakthrough on peace talks with the Taliban. 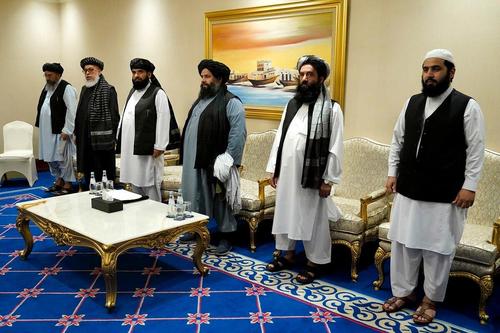 “Khalilizad will resume discussions on the way ahead with the Islamic Republic and Afghan leaders, Taliban representatives, and regional countries whose interests are best served by the achievement of a just and durable political settlement and permanent and comprehensive ceasefire,” a White House statement said Sunday.

Based on a deal signed under Trump in February 2020, US troops were to be fully withdrawn from America’s longest running war in history in May 2021; however, in the first month of the Biden White House the Pentagon said this would not happen based on the Taliban failing to uphold key terms it agreed to.

“The Taliban have not met their commitments,” Pentagon spokesperson John Kirby told a Jan.28 press briefing.

“Without them meeting their commitments to renounce terrorism and to stop the violent attacks on the Afghan national security forces, and by dint of that the Afghan people, it’s very hard to see a specific way forward for the negotiated settlement,” Kirby had said.

It was during that briefing that the Biden administration first signaled it planned to carry on with Trump’s policy of dealing directly with the Taliban. The two sides mostly met in Qatar.

Discussions with #Taliban and others about #Afghanistan involving @US4AfghanPeace to resume, announces @StateDept. pic.twitter.com/C54pS1QWQC

Kirby said at the time that while the “goal” remained a full and timely US troops exit from Afghanistan, he underscored “we’re going to be making our decisions in a sober, rational manner that is driven by what’s in our best interests and the interests of our partner in Afghanistan, as well as our NATO partners and allies.”