After too many years in financial markets I’ve realised its themes and narratives, rather than the actions of central bankers, or the ebb and flow of interest rates, that dominate the sentiment that drives markets.

I can talk all day about how the Fed distorting interest rates by a few basis points will have enormous consequences on the relative value of stocks versus bonds, or fuel a junk bond feeding frenzy, but all it takes is one clever analyst to proclaim a “disruptive” new concept. That can drive a massive rise in some new stock I’ve never heard of – and suddenly the market is off to the races. Often the disruptive new, new thing is something very old indeed, polished to look new.

For the past year I’ve been watching ARK Invest and its maven founder Cathy Wood hammer home its “disruptive innovation” message. It’s a strategy that caught the zeitgeist and worked right through the extraordinary period we’ve just seen in markets. Even as the pandemic bit and lockdowns put economies and jobs on ice, it attracted billions into its ETF funds, fuelled by the apparently unstoppable rise of disruptive tech. (Of course, it’s helped massively that Cathy’s funds hold all the hot names like Tesla and GreyScale.)

Watching Tech is a bit like watching children let loose in a sweetie factory. You know they are going to puke. Or… Which one will be the Augustus Gloop and get sucked up the chocolate pipe? My money is one currently on Ark’s Wood or Softbank’s Son… 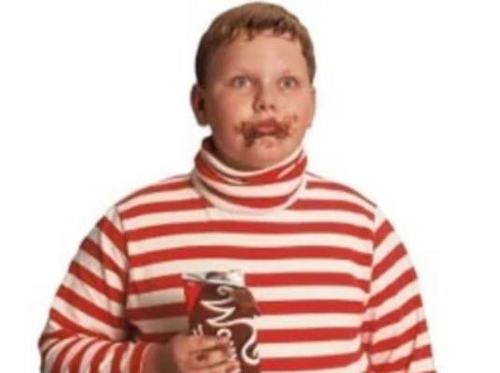 Over the past few years I’ve tried to debunk many of the disruption myths. I was right about We-Work, although it took ages for the market to agree its saccharine-sweet-high-tech flavour was just a stodgy property company.  I’ve been warning about the dangers of over-estimating Tesla for years, most recently in this article about competition in the EV sector for Finance Monthly.

This morning I came across a new paper from the remarkable Rob Arnott, a chap I’m fortunate to know, on Big Market Delusion – in which he does an in-depth hatchet job on the EV sector. If you are a Tesla fanboy, don’t read it.. it will only hurt. If you are wondering what the real value of Tesla should be, then make sure you do. (If you want a swift summation of Rob Arnott’s note, then John Authers’ daily on BBerg covers it succinctly.)

I could write a very thick book about all the nonsense I’ve read about new tech in the last few years. All the stories about how tech is absolutely going to change our lives..

However, I come not to bury Tech but to praise it…

Tech does work…. When it’s adopted!

The trick is working out early.. what is likely to work, and what isn’t. The reason Apple is such a fundamentally strong company is because it designs, produces and sells an enormous number of very good products that dominate its chosen market. As a Applephile I am wearing the watch, typing onto a iMac, with an iPhone on the desk, an MacPro in my schoolbag, etc. That is not disruptive innovation – that is adoption.

We are now into a new phase in tech. We see adoption all around us. One fund I am invested in is Shard Capital’s Sure Valley Ventures – which funds software-based businesses. It’s seen enormous success as companies its incubated have innovated great ideas and got them adopted. It’s the adoption of the tech solutions these create that’s making the money. The trick is picking firms that answer real needs.. not those that imagine needs for something they’ve come up with.

The EV sector makes me giggle. So many brilliant new companies – almost more than there are potential buyers of EVs – all thinking they are the disruptive ones. Nope. They are competing in a very small space called cars.

$544 Billion In Options Expire Today: Here’s What Will Move