Introduced in 1948, the Ford F-150 has been America’s best-selling vehicle for the last 43 years. After seven decades of production, Ford is set to introduce an all-new model for the Ford truck lineup, called F-150 Electric. Details have been limited so far, but new spy pictures from Autoblog show the truck is the “real deal.”

Autoblog snapped a series of pictures of the electric prototype F-150. The blog said:

From a distance, an F-150 is an F-150, an F-150, but this one stands out right away not for what has been added, but rather for what’s missing: a tailpipe. Looking closer, we can see a few other telltale elements. For starters, there’s that beefy electric drive unit tucked up in front of the under-bed spare. It’s much wider than the differential you’d see in a conventional pickup; Ford probably left the spare wheel in place on purpose to help obscure it from view. 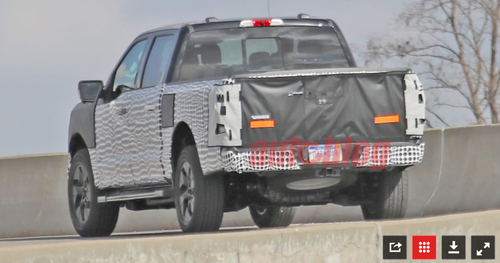 These shots were taken from a distance, so there’s not much more to be gleaned from the angles of the undercarriage. The drive unit takes up a pretty large chunk of real estate back there, plus the quality makes it difficult to discern much else. We can see what appear to be conventional leaf shackles on either side. We’re not surprised that Ford is likely sticking with a conventional leaf-spring setup back here, as it is likely far too crowded for coils. 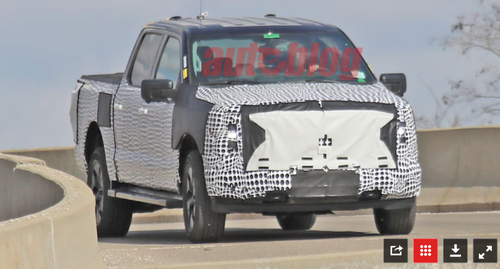 Our spy also snagged some photos of the prototype’s flanks. There are some angles that could show hints of the truck’s battery pack peeking out from under its left side. They’re not definitive, but that’s where the ICE F-150’s fuel tank resides, so it’s a logical location. We suspect the pack will be larger than the fuel tank, which means it would probably bleed over to the passenger side as well (where the exhaust is normally routed).

Autoblog said the new truck could be released as soon as the second half of 2022. Already, Ford’s Mustang Mach-E electric vehicle has made a splash among the American consumer. So much so that Morgan Stanely warned, the new all-electric Mustang is taking market share from Tesla.

Considering most Americans resonate better with Ford (than Tesla), after-all, the F-150 (gas version) has been the best-selling vehicle in the country for more the four decades – this is bad news for Elon Musk.

… and, by the way, GMC’s 1,000 horsepower all-electric Hummer will be released as early as this fall.

The Inflation Tax Is Lowering Our Standard Of Living

Containership-Bound For California Loses 750 Containers Due To “Rough Seas”