While Tesla is now facing scrutiny from both the U.S. and China over Model S suspension problems and the Model Y has been panned by Consumer Reports, the legacy issues with many Teslas – you know, either driving themselves into inanimate objects or randomly bursting into flames – have also apparently continued.

For example, just off of a Dallas thoroughfare last month, a Tesla Model S “erupted like a flamethrower” and started “shooting flames”, according to a new article by the Washington Post.

The flames happened after the driver heard “metallic bangs”, which he described as the sound of “if you were to drop an axle of a normal car” on the ground. He pulled the car off the road and, while standing by, watched it ignite in flames near the front passenger side wheel.

“This was shooting out like a flamethrower,” said the driver, Usmann Ahmad.

Experts say that a growing number of combustion incidents with older Tesla Model S and Model X vehicles could be a cause for concern. It raises specific questions about the “safety and durability” of Tesla vehicle. Ahmad’s fire is being investigated by the NHTSA.

The lawsuit that prompted an earlier, ongoing NHTSA probe about Tesla battery fires alleged an “alarming number of car fires” that appeared to be spontaneous. 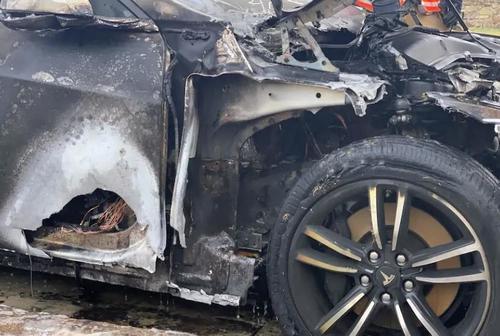 Its emergency response guide for a Model S says: “Battery fires can take up to 24 hours to extinguish. Consider allowing the battery to burn while protecting exposures.” 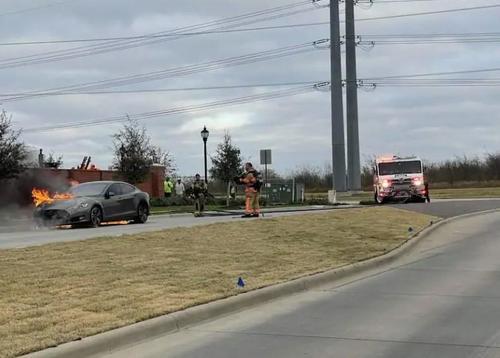 Recall, in November, we wrote about a Tesla wrecking in Oregon and launching “scorching hot battery projectiles” into two nearby homes. “Hundreds of the Tesla’s hot batteries were thrown from the vehicle,” the report says. “Two of them crashed through windows at separate homes, starting small fires.”

A nearby neighbor who was at home watching TV said: “It was a real scary-looking wreck. There were down power lines everywhere. It’s a lot of crazy chaos.”

When Tesla began selling its Model S back in 2012, the cars were equipped with a “poorly designed battery” that was susceptible to leaking, the report said. The battery leaks may have been the cause of short circuits and ensuing fires. The company sold the cars despite knowing about the flaw, according to the report. The leaks became an “urgent concern” in spring 2012 due to two problems with the cooling system.

We also reported in 2019 that a Tesla Model S “spontaneously” caught on fire in a Chinese parking garage.