Tesla Officially Recalls 134,951 Vehicles, Musk Says He’s “Off Twitter” For A While

Tesla has officially finally agreed to recall 134,951 Model S and Model X vehicles due to touchscreen display failures. The displays can fail, resulting in a number of potential problems for Tesla owners, according to Reuters.

The move begrudgingly comes after U.S. auto safety regulators sought the recall a month ago, as we noted on Zero Hedge last month.

Analyst Gordon Johnson of GLJ Research said on Tuesday morning that the total charge for Tesla could be around $213 million in Q1 2021. He also thinks there is a major story in the many customers who had to pay $1,500 out of pocket to have their screens repaired prior to the recall.

Johnson wrote in a note Tuesday:

However, given TSLA denied this for years, customers who had problems, historically, with their MCUs in the Model S/X cars had to pay around $1.5K out of pocket to have them fixed. In our view, this is the real story here. Also, the question is will there be recalls in the EU and China, as well as other countries, and will the numerous other issues with TSLA’s cars require additional recalls – i.e., suspension issue, unintended acceleration, battery issues, etc.?

He also focuses on whether there will be additional coming recalls, specifically in China, as we have written about in the past.

In January, the NHTSA asked the automaker to recall about 158,000 Model S and Model X units that could potentially suffer from failing display consoles. When a display console in a Tesla fails, drivers can experience “loss of audible and visual touchscreen features, such as infotainment, navigation, and web browsing and loss of rear camera image display when in reverse gear.”

The issues were categorized as safety issues. The culprit, as characterized by The Verge, is “worn-out flash memory chips used in the displays of 2012-2018 Model S sedans and 2016-2018 Model X SUVs.”

The report noted that “each time an owner turns on one of these Teslas, it eats away at the total capacity of the the 8GB eMMC NAND flash memory chip onboard the NVIDIA Tegra 3 processor that powers the displays. When that capacity is reached — usually about five to six years later, the agency says — the displays become bricked.” 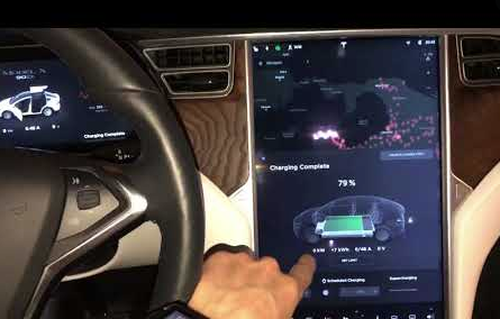 The NHTSA wrote to Tesla in January: “Failure of the MCU results in loss of the rearview/backup camera2 and loss of HVAC (defogging and defrosting setting controls (if the HVAC status was OFF status prior to failure). The failure also has an adverse impact on the Autopilot advanced driver assistance system (“ADAS”), as well as turn signal functionality due to the possible loss of audible chimes, driver sensing, and alerts associated with these vehicle functions.”

“The lack of a functioning windshield defogging and defrosting system may decrease the driver’s visibility in inclement weather, increasing the risk of a crash,” the letter said. “If Tesla decides not to conduct the requested recall, it must provide ODI with a full explanation of its decision, including any additional analysis of the problem beyond Tesla’s past presentations.”

Back in January, recall, Tesla had “balked” at moving forward with the recall, according to NBC, who said: “Experts say the letter means that Tesla has resisted doing a recall that NHTSA feels is necessary.”

Now, it looks as though the automaker has finally caved. Perhaps in related news, Tesla CEO Elon Musk Tweeted on Tuesday morning he would be “off Twitter for a while”.

We first reported last summer that the NHTSA had opened the investigation, which covered 2012-2015 model year vehicles and came after the NHTSA received 11 complaints alleging failures.