The buzz in EV trading over the last couple of weeks has interestingly been surrounding legacy automakers like General Motors and, on Thursday, even Ford. In fact, we wrote a couple days ago that legacy automakers like GM even have the chance of catching a bit of the Tesla “buzz” in their stock price over the upcoming year. CNBC, playing a bit of catch-up, said on Thursday that the shift GM is heading toward could be “one of the most profound strategic turnarounds…in business”.

“What @mtbarra and $GM are doing–may end up being one of the most profound strategic turnarounds not just in the auto industry but in business,” says @MorganStanley Head of Global Autos Adam Jonas. pic.twitter.com/0jwdUKwiUs

Meanwhile the “early adopters” over at Tesla have their hands full: they recently had to deal with a forced recall in China, are supposedly “investigating” a car that exploded in a Shanghai parking garage days ago, and they are heading into the middle innings of their fairy tale relationship with the Chinese government.

All the while Tesla is in a major battle with automakers like VW – who publicly proclaimed to Tesla on Twitter yesterday that the fight is on – to attract and maintain global market share.

In order to do that, Tesla has resorted to numerous price cuts; many of which we have documented here on Zero Hedge (in China and in the US). The latest cut comes in Europe, where Tesla is feeling increased pressure and competition from names like Audi, VW and Mercedes. According to electrek, here are what some of the changes look like. In Germany, for instance:

While the blog notes that the price changes could have to do with FX rates, we’re fairly certain that it is the former of the two reasons driving the cuts. Tesla is currently in the midst of prepping its factory in Berlin, Germany, where it will eventually be manufacturing its Model Y. 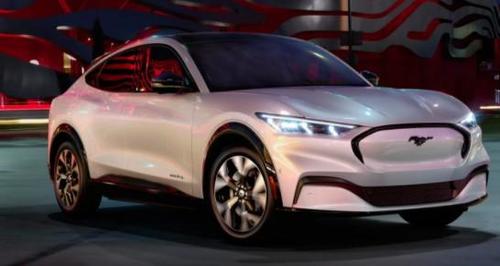 Meanwhile, while Tesla fends of actual competition overseas, the company is facing ESG investment competition back in the United States. On Thursday morning, Morgan Stanley published a note saying that GM was seeing “broader investor interest” and that the company could be “re-rated and interest may increasingly come from ESG and tech investors”.

Analyst Adam Jonas said GM’s value is “in its network, the data and partnerships it has”. Sound familiar?