Charles Schwab is finally joining the likes of Tesla, Oracle, HP and Palantir – all of which have left heavily-taxed California for Texas, where the personal income tax rate is zero, and employees can afford to spend the rest of their COVID-19 lockdown without hearing their neighbors argue on the other side of a shared wall. 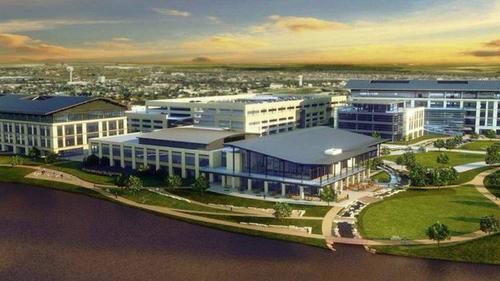 Announced in November 2019, the company is just days away from embarking on their January 1st move as part of a $26 billion merger with TD Ameritrade – abandoning their San Francisco headquarters for a 70-acre campus in Dallas-Fort Worth that boasts 500,000 square-feet of office space. The campus was estimated to cost around $100 million, while the Ameritrade merger is expected to be completed in 2H20 with full integration expected within 12-36 months.

He wants to keep Texas, Texas.https://t.co/fMjP0edpB1

In November,  Schwab chairman and founder Charles Schwab noted that one of the drivers in the move out of California was the high cost of doing business in the state, “…the costs of doing business here are so much higher than some other place.”

Estimated cost savings are in the 20% range, or $2 billion within three years. In other words, their new campus will pay for itself within months.

California, meanwhile, is going to run out of things to tax.

They’re gonna tax the one remaining corporation at like 56,000% before too long.

UK Home Secretary Admits ‘We Should Have Closed Our Borders Earlier’

GOOD NEWS! President Trump Is Talking to Allies About Starting a New Pro-American Political Party to Take on Failed GOP and Marxist-Democrats