Authored by Annaliese Levy via SaraACarter.com, 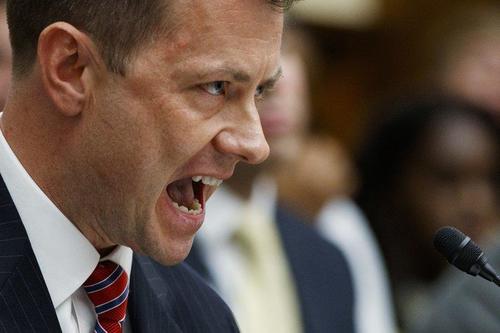 The FBI claims that investigations into Trump’s campaign began on July 31, 2016.

The timeline here suggests the FBI was not honest when it claimed anti-Trump investigations began on July 31, and only because of alleged information about George Papadopoulos. Strzok’s July 28 text to Page about ongoing anti-Trump probes shows otherwise. https://t.co/D6nLO7ZhZB

Former FBI Director James Comey denied knowledge of the investigation, saying he first learned of the Steele dossier “sometime towards the end of September 2016.”

The new Strzok texts also reveal that journalist Carl Bernstein, who helped expose the Watergate scandal in the 1970s and appears regularly on CNN, told the FBI that he received the “dossier” from Sen. John McCain.

According to the released messages, Strzok texted Page, “Carl Bernstein (yes that Carl) called [Office of Public Affairs], said he got a ‘dossier’ from McCain.”

Page replied, “Awesome, let Carl run it down then.”

The dossier included allegations about Donald Trump and members of the Trump campaign and was funded in part by Hillary Clinton’s campaign and the Democratic National Committee. The FBI found that most of the allegations could not be corroborated and that certain allegations were inaccurate or inconsistent with information gathered by the Crossfire Hurricane team.

The dossier became a key piece of intelligence during the ‘Crossfire Hurricane’ FBI probe into whether the Trump campaign colluded with Russia to interfere in the 2016 election.

On Thursday, Trump called McCain, “One of the most overrated people in D.C.”

New Peter Strzok Texts Undermine Official Narrative on Start of ‘Russia Collusion‘ Investigation https://t.co/kwmNTZbsYD via @BreitbartNews. Check out last in his class John McCain, one of the most overrated people in D.C.

Rosenberg: Why Comparisons Between Bitcoin & Gold Are Absurd