‘That Stinks!’: Brooklyn Art Director Sells Audio Of A Fart As An NFT For $85

We’re not exactly sure if the non-fungible token craze has peaked, but this has got to be a surefire sign that we’re close.

“NYC man sells fart for $85, cashing in on NFT craze,” was the exact headline the NY Post ran with on Thursday of this week whilst reporting on a Brooklyn-based art director in the midst of selling “a year’s worth of fart audio clips” as non-fungible tokens.

The artist, Alex Ramirez-Mallis, asked the Post: “If people are selling digital art and GIFs, why not sell farts?”

In fact, he is selling a whole year of them. He has launched an NFT called “One Calendar Year of Recorded Farts,” which he started at the beginning of the pandemic in March 2020. He got the idea when him and his friends were sharing audio of farts via WhatsApp, the report notes.

And on the one year anniversary of his quarantine, he compiled the respective recordings into what the Post called a 52 minute “master collection” audio file. He is selling individual fart recordings for 0.05 Ether, or about $85 each. So far, one has sold. 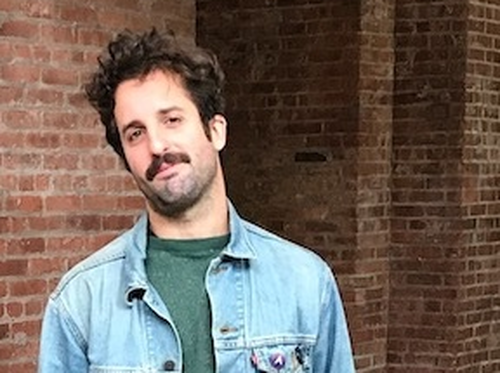 He also seems to acknowledge the absurdity of the NFT craze. “If the value increases, they could have an extremely valuable fart on their hands,” Ramirez-Mallis commented. “The NFT craze is absurd — this idea of putting a value on something inherently intangible. These NFTs aren’t even farts, they’re just digital alphanumeric strings that represent ownership.”

“I’m hoping these NFT farts can at once critique [the absurdity], make people laugh and make me rich,” he said. Ah, yes, the American dream. Getting rich selling audio of your farts for a currency that wasn’t even around 10 years ago.

He continued: “In many ways, this is a bubble, but it’s also been around forever. Buying and selling art purely as a commodity to store value in has been around for centuries, and NFTs are just a digital way of representing that transactional nature of art.”

“The art is just an avatar for value. There’s that old saying, ‘Why don’t they just frame the money?’, and this is really the embodiment of that.”

Ray Dalio: “We Are On The Brink Of A Terrible Civil War”

Brits See Fastest Decline In COVID Cases In The World